You can also find Bill Muehlenberg on The Good Sauce video & podcast channels: Yes, Jesus was involved in politics

Jesus, politics, and speaking Truth to power Politics and religion, we are told, are not to be discussed in polite society. Well, call me impolite if you will, but not only are these two topics absolutely vital, but the Christian cannot avoid discussing either one.... Refugees warn Western Leftists where their ideas will lead, and it’s all bad

A defector from North Korea warns about the war on freedom in the West. Incredibly there have been a few brave souls that have actually managed to escape the godless hellhole and communist concentration camp that is North Korea. One of them is 27-year old Yeonmi Park.... A free country – if you can keep it

"Australia is not a secular country — it is a free country." Scott Morrison, maiden speech (February 2008) We are losing our freedoms real fast: One of the more significant things purported to have been said by Benjamin Franklin involved an exchange he had with... Political prisoner Paul Furlong needs our support. Melbourne Pastor Paul Furlong has just been released from jail after serving nearly three weeks for the unspeakable crime in Victoria of daring to hold church services. For that he was whisked away by a group of armed... Christian apologists for tyrants and bullies Therapeutic Totalitarianism: how governments sell tyranny to the masses

The rise of health fascism – for our own good of course. If there is anything we have learned with absolute certainty over the past year and a half it is this: power-hungry rulers will use a crisis – or if need be, create a crisis – to keep the masses in complete... Subscribe to The Good Sauce podcast on Apple, Google, Spotify, SoundCloud or Player FM. You can help others find it by giving us a 5 star rating and review on Apple Podcasts. A powerful plea for two-parent familiesAll children have a right to their own mother and... 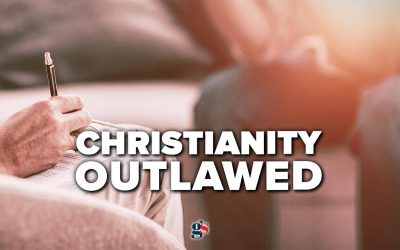 Subscribe to The Good Sauce podcast on Apple, Google, Spotify, SoundCloud or Player FM. You can help others find it by giving us a 5 star rating and review on Apple Podcasts. We Are All Criminals Now in VictoriaChristianity has just been declared to be illegal in... Calling out Australia’s most shameless christophobe

Subscribe to The Good Sauce podcast on Apple, Google, Spotify, SoundCloud or Player FM. You can help others find it by giving us a 5 star rating and review on Apple Podcasts. This man is possessed by anti-Christian hatred Who leads the way in Australia when it comes...

What is the ‘Great Reset’? | Bill Muehlenberg’s Culture Watch #27

Subscribe to The Good Sauce podcast on Apple, Google, Spotify, SoundCloud or Player FM. You can help others find it by giving us a 5 star rating and review on Apple Podcasts. The Great Reset and the Rise of the Radical TechnocratsThe Great Reset is real – and a very... Subscribe to The Good Sauce podcast on Apple, Google, Spotify, SoundCloud or Player FM. You can help others find it by giving us a 5 star rating and review on Apple Podcasts. There is nothing wrong with being concerned about the wellbeing of your neighbour. But there...

Subscribe to The Good Sauce podcast on Apple, Google, Spotify, SoundCloud or Player FM.You can help others find it by giving us a 5 star rating and review on Apple Podcasts. In this episode of Bill Muehlenberg's Culture Watch we experiment with three related stories...

Bill Muehlenberg, who was born in America, lives in Melbourne. He is married to an Australian and has three sons.

He has a BA with honours in philosophy (Wheaton College, Chicago), a MA with highest honours in theology (Gordon-Conwell Theological Seminary, Boston), and has been working on a PhD in theology.

Bill and Averil spent five years in Holland working as missionaries with Youth With A Mission (YWAM).

He is involved in a ministry of pro-faith and pro-family activism. He is head of an apologetics/ethics ministry called CultureWatch, started in January 2006.

This interactive blogsite features 5,200 articles and 76,000 comments. He has thousands of printed articles and book reviews.

He has been widely sought out by the media for comments on social issues, faith issues, and family issues. Over the years he has appeared on most of the major television and radio news shows, current affairs shows, and debate programs.

He is the author of a number of books, including:

Bill has been a part-time lecturer in theology, apologetics and ethics at various Melbourne theological colleges.