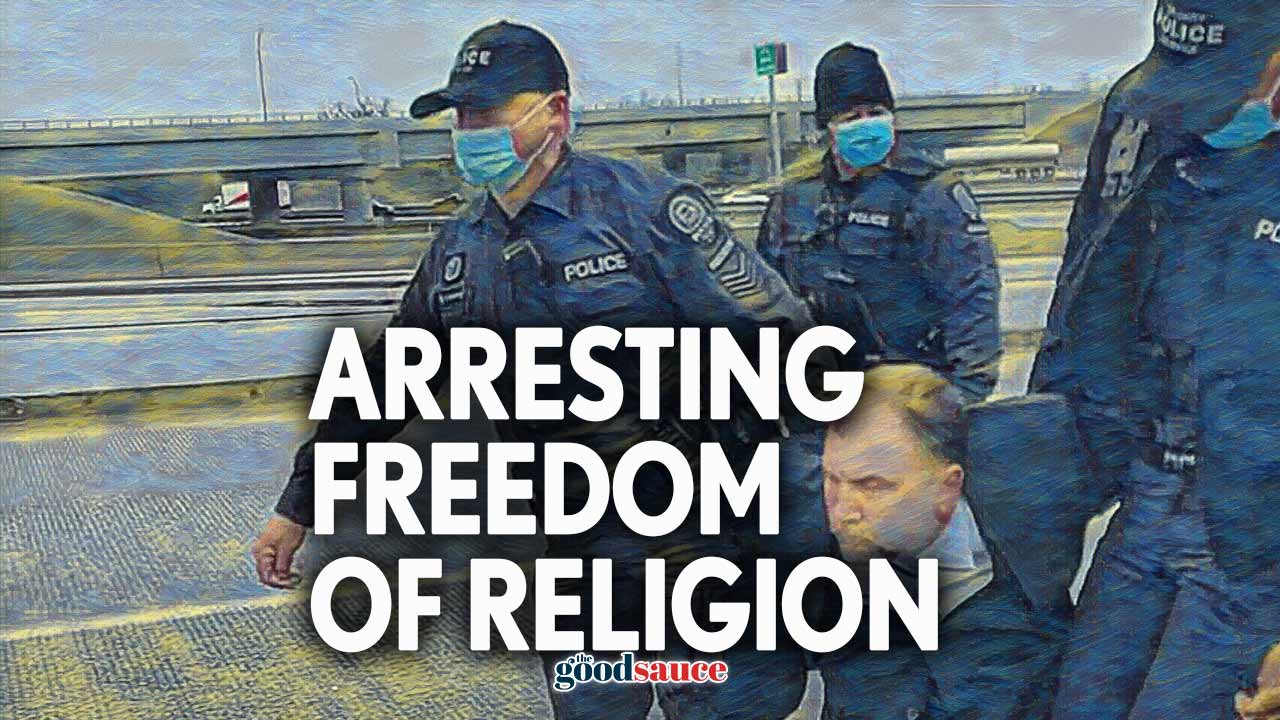 Christians have long been subject to persecution to varying degrees in countries all over the world. Of course, when we think of the worst, our minds go straight to China, who have in recent times told Christians in their nation to take down their crucifixes and replace them with pictures of President Xi and Chairman Mao, the ruthless leader whose reign of terror led to the deaths of tens of millions, many from the resulting famine, others killed for daring to oppose his regime. In a recent report from the Daily Wire, who cited a source who had been persecuted for their Christian faith in China, it was revealed that China have been taking Christians prisoner and subsequently torturing them in an effort to force them to renounce their faith. To Christians like myself, this is no doubt shocking and horrifying.

But now, more concerningly, it seems the terrible treatment of Christians has well and truly reached the Western world. Western Civilisation was built on the foundation of Christianity, of Christian values. So to see the persecution of Christians plaguing the West is disheartening, if not frightening. If these values are successfully shaken from society, it will no doubt collapse, creating an opportunity for the Marxist and Communist vultures to swoop in, take the lead, and attempt to build a “utopia” that will almost certainly resemble a dystopic nightmare.

Of particular concern is Canada. Being close to the United States of America, it would stand to reason that Canada would be respectful of civil liberties, particularly that of religious freedom. But if recent events are anything to go by, it would appear hope in the West is beginning to fade. In recent weeks, Canada has practically become a police state. Several provinces have become subject to extremely harsh restrictions, despite the relatively low numbers of COVID-19 cases. Consequentially, those living in Canada are unable to attend church services, something which has become a major point of contention.

One major church that has found itself in the firing line of Canadian authorities is GraceLife Church, led by Pastor James Coates. Due to his decision to continue services and allow people to come to church to worship and spend time with God, he was arrested and spent a month in prison before being released. He is still to face a trial this month for a charge related to violating COVID-19 guidelines on gathering size. Appearing before a judge earlier this year, he stated, “I’m simply here in obedience to Jesus Christ, and it’s my obedience to Christ that has put me at odds with the law. The court is aware that I’m contesting the legitimacy of that law but please, make no mistake, I’m not trying to make a point. I’m not a political revolutionary.” This is a man who was just trying to observe his faith, to do right by God, and allow others to do the same. What Canada’s authorities have done to him is nothing short of abhorrent.

But they went further with GraceLife. In addition to jailing its pastor, the authorities seized the property, blocking and barricading it so that no one can enter. The members of GraceLife Church have been forced into hiding, holding secret underground services in undisclosed locations each week to avoid Canadian law enforcement. Ontario’s Trinity Bible Chapel has also been seized by authorities and the doors locked on court orders handed down by a local judge.

And in an even more shocking show of force, a SWAT team in Calgary have now arrested a pastor on his way home, charging him with “inciting” people to go to church. We all thought China was bad, but it appears Canada is fast heading down the same path, and it bodes terribly for people living in what was once a nation of freedom that you can no longer practice religion freely without fear of persecution.

It is extremely disturbing that Christians in a Western country are being forced to worship in secret for fear of being arrested for practicing their faith. You would expect this of a Communist, Marxist, or even Socialist nation, which typically do all they can to eradicate Christianity. This is likely because the leaders of these nations fear it; they do not like the idea of there being a higher power than them, they think they are God. You would not expect this kind of behaviour from a nation in the Western world.

So, to see this happening in Canada of all places is highly concerning. Canada used to be a great nation, one that fit right in with Western culture. However, in recent years under the poor leadership of woke Prime Minister Justin Trudeau, a man who has allowed some of the most absurd breaches of free speech and the like to be imposed throughout Canada’s provinces (including the infamous Bill C-16, now a law that compels people to use peoples’ “correct” pronouns, which led to the meteoric rise of Jordan Peterson after his public fight against it), Canada has begun a treacherous decline into the socialist abyss. It is well and truly a police state, a maximum-security prison, an insane asylum.

The persecution of Christians at this level in a Western nation should be cause for concern worldwide, particularly in other parts of the Western world. If this can happen in Canada, it can happen in practically any Western country. All it takes is a government with a wish to wipe out Christianity and authorities willing to do their bidding without question. We are beginning to see this play out more and more in the time of COVID-19, which appears as if it is being used as a means of attempting to eliminate Christianity and forcing the creation of a vacuum to fill with a dangerous ideology.

The only way to combat this is to speak out, to defend the faith no matter what. Silence in this case is passive acceptance of the tribulation that now descends upon Western Civilisation.