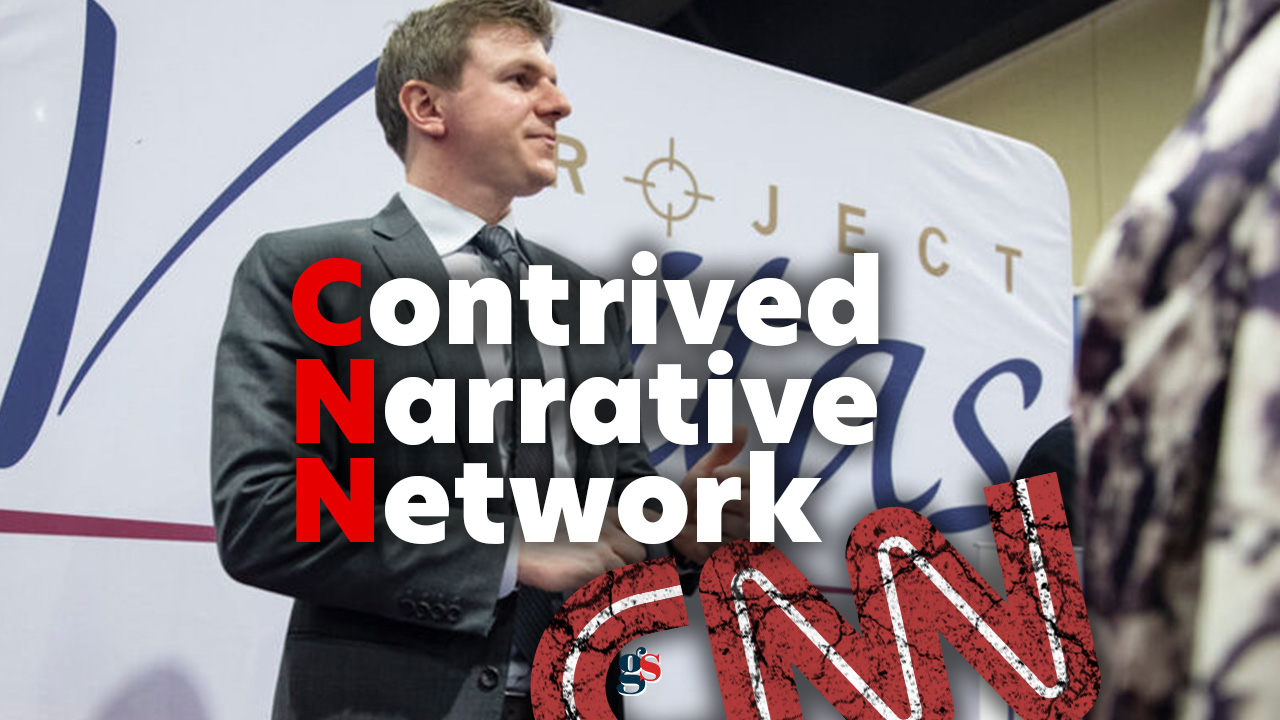 The media has long been the medium used by the public to maintain a sense of being informed. Be it matters important or trivial, domestic or international, the media have a responsibility to report it to the people. In reporting news, they should do so without bias, unless of course it is an opinion program, in which case opinion is expected. But when a network claims to be unbiased, like that of CNN, they should present in such a way that suppresses bias, or at the very least maintains balance.

Even if CNN did not purport to be an unbiased source of news, a major problem arises when they contrive a narrative and present it as “news”. Now, to those on the Conservative side of the aisle, it comes as no surprise that CNN would do this. But to those on the Left who trust them blindly, and others who are not well-informed of the tactics used by media organisations, it would likely be eye-opening. So. when independent investigative outlet Project Veritas blew the lid open and exposed CNN, chaos ensued.

Earlier this week, Project Veritas released footage of a discussion one of their people undercover captured with CNN technical director Charles Chester. In the footage, Chester admits that the network has been hyping up fears surrounding COVID-19 as a means of maintaining viewership, stating this is the reason they have constantly had the death toll up on the side. More disturbingly, he admitted that, in order to falsely prove the network’s narrative about the dangers of COVID-19, he wanted to increase the number on the ticker. This would be presenting clearly false information, which would be a significant breach of media ethics.

But it only gets worse. In the recordings, Chester calls CNN a “propaganda” outlet, saying they did everything they could to get Trump out. He says: “Look at what we did, we got Trump out. I am 100% going to say it. And I 100% believe it that if it wasn’t for CNN, I don’t know that Trump would have got voted out”, following up with, “Our focus was to get Trump out of office, right? Without saying it, that’s what it was.” He admitted that they even contrived false narratives about President Trump so as to destabilize his campaign and boost a lacklustre President Biden’s chances of winning.

One specific example of this he provided was the over-egging of Trump’s health issues, whereby they brought in medical experts to achieve their goal. In the footage, he says: “Trump’s hand was shaking or whatever, I think. We brought in so many medical people to all tell a story that was all speculation – that he was neurologically damaged, and he was losing it. He’s unfit to – you know – whatever. We were creating a story there that we didn’t know anything about. I think that’s propaganda.”

Chester goes on to admit: “If the agenda say, is to like get, like Matt Gaetz right now, he’s like this Republican. He’s a problem for the Democratic Party because he’s so conservative and he can cause a lot of hiccups in passing of laws and what not. So it would be great for the Democratic Party to get him out. So we’re going to keep running these stories to keep hurting him and make it so that it can’t be buried and just like settled outside court just and like, you know, if we keep pushing that, it’s helping us.”

These admissions are damning. To discuss the prospect of making up numbers and “facts” to keep viewers tuning in is bad enough. But to admit to contriving a false narrative, to admit to making up stories and running certain lines for the purpose of attacking someone who does not align with your ideology, is an egregious abuse the ethical standards of journalism.

In the first batch of footage released, Project Veritas also show Chester stating: “There’s no such thing as unbiased news. It just doesn’t exist. Any reporter on CNN, what they’re actually doing is they’re telling the person what to say. It’s always like leading them in a direction before they even open their mouths. And the only people we let on the air, for the most part, are people who have a proven track record of taking the bait.” Essentially, if a guest on the network is known not to play along with their tactics, CNN will not allow them to come back on. This creates an ideological bubble, whereby only Left-Wing views are acceptable, Conservative views being shunned and cast out as if diseased. Chester’s claim that unbiased new does not exist is also incorrect. Presenting raw facts is presenting unbiased news. Allowing bias to seep through is typically a conscious decision.

This morning, another tape was published by Project Veritas, showing Chester admitting that “a bunch of black men have been attacking Asians. So I’m like ‘What are you doing?’ Like, we are trying to, like, help with the BLM (Black Lives Matter)”, following with “it’s individuals, it’s not a people, you know?” This is likely the most factual statement relative to news that has come out of someone who works at CNN. Black on Asian crime is an issue being suppressed in order to push the “white supremacist” narrative. Reporting these crimes would not help to make out that BLM is pushing for change, rather than just rioting, burning, and looting in what CNN have labelled “peaceful protests”.

The greatest indication that Project Veritas, led by James O’Keefe, is onto something here are the events that have taken place since the initial release of this story. For a period of time “#CNNExposed” was trending on Twitter, until the so-called “platform” removed it. This morning, O’Keefe was permanently suspended from Twitter. Their reasoning? “You may not register or create fake and misleading accounts or use multiple accounts to manipulate Twitter conversations.” O’Keefe only had one account. It is likely Twitter is working hard to protect CNN and bury this story. But James O’Keefe and those at Project Veritas are fighters. In addition to suing CNN for defamation, O’Keefe has announced he will also be suing Twitter for the same.

Regardless of the outcome (although many on the side of free speech and honest journalism would hope he is successful), one thing is clear. CNN are completely biased, unethical in their reporting, and should not be trusted by anyone. The work of Project Veritas is of great importance, and we need more people like James O’Keefe who are unafraid to stand up for the truth.