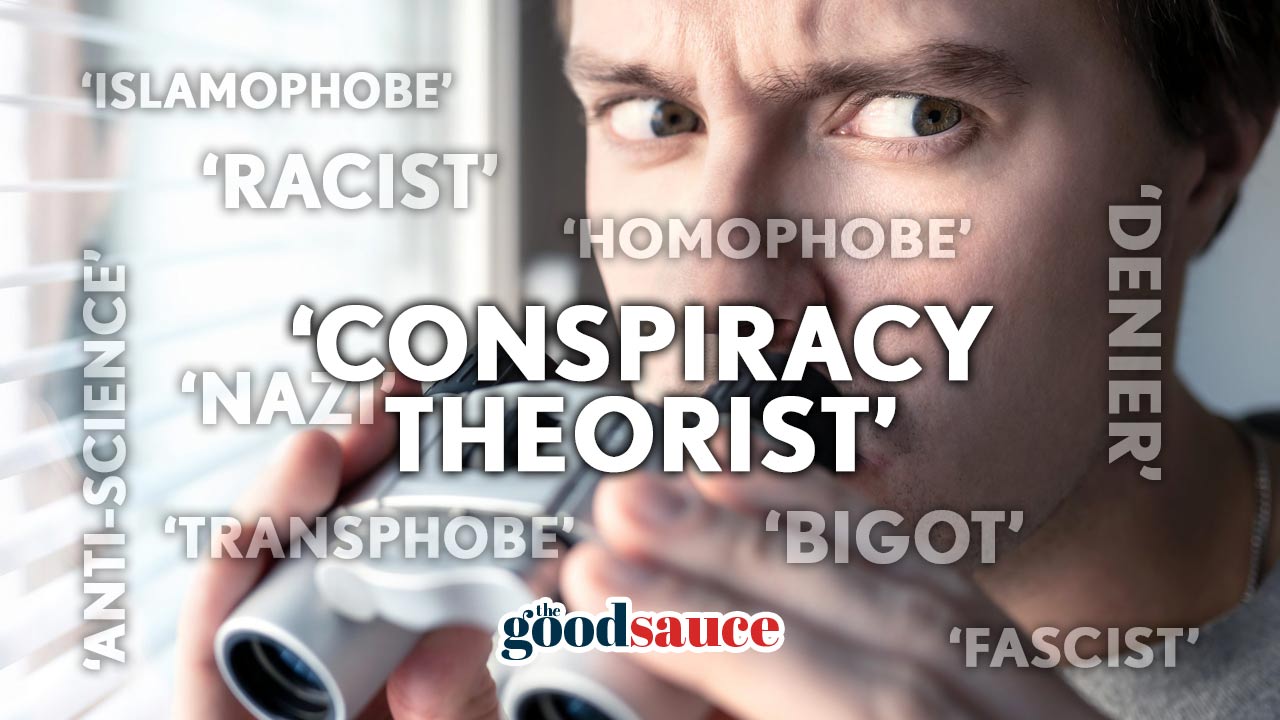 The words “conspiracy theory” are being thrown around a lot these days. Once upon a time this phrase was used sparingly to dismiss the quirky beliefs of a lunatic fringe. Now, conspiracy theories are talked about regularly in politics and the media.

What is happening in the West that this label is suddenly being used everywhere? Are you a conspiracy theorist? Am I? How can we even tell?

Let’s start by defining our terms. A conspiracy theory rejects the commonly-accepted story about an unusual event in favour of a more sinister explanation. Conspiracy theories tend to invoke shady figures hidden from public view—powerful (often political) groups that carry out a secret plot to harm others to their own benefit.

You’ve likely come across some of the classic conspiracy theories: that the moon landings were filmed in a Hollywood studio; that the terrorist attacks of 9/11 were carried out by the U.S. government; and that Jews are enacting some secret plan for global domination.

While conspiracy theories have always been around, they became more commonplace during the late 20th and early 21st centuries. “QAnon” is perhaps the most obvious and recent reminder of this.

QAnon has rightly been identified as a conspiracy theory. It’s true that President Trump led a major crackdown on sex trafficking that saw a number of high-profile arrests—but there is no evidence that a global network of satan-worshipping pedophiles was plotting to get him out of office.

There are very sensible reasons for why the modern world has become fertile ground for conspiracy theories.

In recent decades, the internet and social media have democratised information. Previously we lent our trust to only the news that was printed in official sources. Now, anyone can publish their ideas online and “research” the ideas of others, however well-founded or baseless those ideas might be.

But it’s not just technology that has heralded this shift: philosophy has too. Early last century, there was still a Christian consensus in the Western world. Not everyone was a Christian, but we shared a broadly Christian worldview and a belief in absolute truth.

Now that our culture sees truth as relative—believing that something can be “true for you but not for me”—we have opened pandora’s box. It’s not just eastern spirituality that thrives in this climate, but conspiracy theories too. This is especially so when our rejection of Christianity has left a spiritual void that everyday people are looking to fill with something that feels meaningful.

Add to this the highly unusual events of 2020—from a global pandemic to international race riots to a hotly contested election in the U.S.—and we have even more ideal conditions for the rise of conspiracy theories.

There is one final factor that helps us account for this. Intended or not, the “chattering class” of politics, the media and big tech have undermined the public’s trust—especially in connection to the coronavirus pandemic.

We’ve been hit with mixed messages about the efficacy of masks, the length of lockdowns, the way cases and deaths are measured, and the freedoms that will (or won’t) be restored after the vaccines are rolled out. It seems that each message is delivered with absolute certainty, even if it flatly contradicts the last. This is no way to inspire confidence.

(And don’t forget the conspiracy theories that these institutions have long helped promote, including the Trump-Russia hoax and the unfalsifiable claims of Critical Race Theory).

To make matters even more confusing, it’s not just conspiracy theories that have been multiplying in our midst—it’s the accusation itself. Any scepticism about the latest cocksure pronouncement is now swiftly labelled a “conspiracy theory” by our culture’s talking heads.

Cautious about the implications of the vaccine? Intrigued by the strange events surrounding the U.S. election? Uneasy about all this talk of a “Great Reset”? You’re a conspiracy theorist.

Never mind that mainstream Aussie news is now reporting that a covid vaccination will likely function as a passport for pubs, clubs and international travel—despite these prospects being dismissed last year as fear-mongering.

Never mind that, in the wake of the U.S. election, Time magazine confessed that “a well-funded cabal of powerful people, ranging across industries and ideologies, working together behind the scenes to influence perceptions, change rules and laws, steer media coverage and control the flow of information”—in order to “fortify” the election against Donald Trump. Only months ago, social media banned anyone who made such an accusation.

Never mind that a class of elite politicians have been perfectly upfront about their desire to use the covid crisis as a catalyst to replace capitalism with a form of globalist socialism in which everyday people will “own nothing and be happy”.

As the saying goes, you’re not paranoid if they really are out to get you.

Yes, we must be careful not to draw conclusions that aren’t supported by the evidence. We shouldn’t invoke shadowy figures, secret plans and ultimate endgames that can’t be substantiated. And we certainly must not centre our lives, hopes and fears around the machinations of man. Nothing should ever take the place of God in our lives.

But if a “conspiracy theory” is confessed to in public, it’s no longer a theory but a fact. And it needs to be called out as such.

The casual accusation that someone is a “conspiracy theorist” when they clearly aren’t is actually part of a broader trend we now recognise as “cancel culture”. The free marketplace of ideas—once a hallmark of the West—is quickly being replaced by an authoritarian spirit that approves only a narrow set of opinions while demonising all others.

This is not progress: it is postmodernism in full flower. And it is more evidence, still, that the West needs revival and a return to belief in absolute truth provided by a Christian worldview.