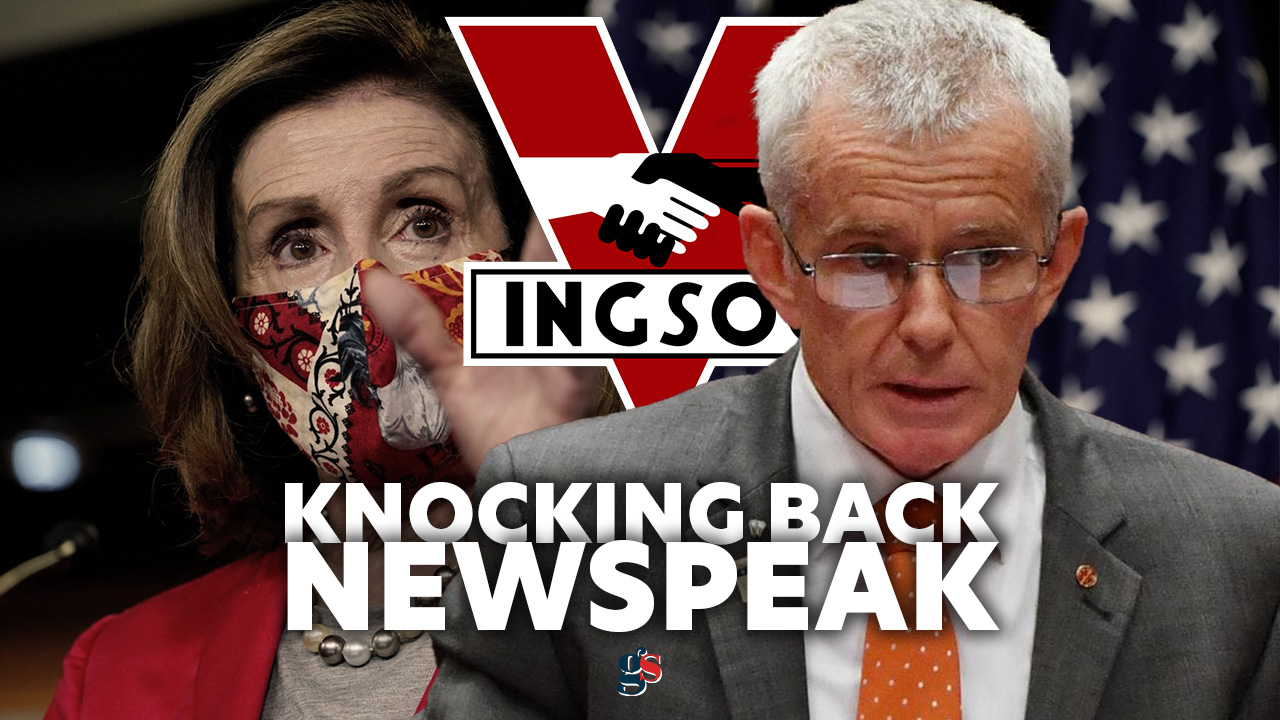 Decades ago, in the mid-20th century, George Orwell wrote a book about a future where the world had succumbed to a political dystopia. That novel, entitled 1984, should have served as a warning to the human race of the dangers of giving too much power to politicians, and of allowing speech to be regulated and dictated by others who clearly do not have the best interests of the world at heart. Within the world of 1984, citizens were to use the words of Newspeak, a collection of English words found within the Newspeak dictionary. Editions of this dictionary were constructed by certain higher-ups in society who decided which words were socially acceptable, eliminating any they deemed unfit. Essentially, a select few controlled what everyone else could say. This has, however, managed to escape from the novel and cross over into reality in the form of modern-day political correctness.

Political correctness is, essentially, the regulation of speech, but not necessarily by government. In fact, most of the time it is the woke mob that determines which words and phrases are socially acceptable, and which ones must be stamped out, never to be uttered by a single individual again. For example, in the time of COVID-19, a virus which more than likely originated from Wuhan, China, some people, including President Trump, referred to the virus as the “China Virus” or “Wuhan Virus”, or a variation thereof. But the mob jumped on this, deeming it racist and claiming it contributed to race-based attacks on Asian individuals. Yet these same people never complained about other diseases named after their places of origin, (eg. the West Nile virus, or the Ebola virus, named after the Ebola river). They did not even make a sound when new strains of COVID-19 were named after the places they began in. In fact, we have had the UK, South African, Brazilian, Russian, and Japanese strains, but we dare not mention the initial strain sourced from China, because that would make us racist. See how ridiculous that sounds?

But the regulation of speech goes further than just a few words relating to COVID-19. With the politically correct mob working towards a genderless society, gendered language has come under fire. Recently, in the United States, House Speaker Nancy Pelosi, with the backing of the Democrats, sought to do away with gendered language in Congress. Words like mother, father, grandmother, grandfather, husband, wife, son, daughter and the like would, under the new House rules, be removed and replaced by non-gendered terms. Just days after the rule change, Pelosi stated to the House “I stand before you as a wife, a mother, a grandmother, a daughter”. Ironically, Pelosi broke her own rules. But it is unsurprising given that if the Left did not have double standards, they would have no standards at all.

Similarly, in the UK, Brighton and Sussex University Hospitals NHS Trust implemented a new gender-inclusive language  policy for the maternity services department, renaming it to “perinatal services”. They told midwives to avoid using words like “mother”, “breastfeeding” and “maternal”, instead substituting them with “birthing parent”, “chestfeeding”, and “parental”. This was followed by a Manhattan’s Grace Church School handing out a 12-page glossary to students, providing them with “inclusive language” to use in place of so-called non inclusive terms. For example, instead of saying “Mum and Dad”, they were to use terms such as “grown-ups”, “folks”, or “family”. The same substitutes were put in place for the term “parents”. “Husband”, “wife”, “boyfriend” and “girlfriend” were replaced with “spouse/partner/significant other”.

But their glossary went beyond basic gendered terms. Simple questions and phrases were also deemed non-inclusive by the school. For example, instead of asking “What religion are you?”, students were directed to ask, “Are any religious/faith traditions important to you?” Instead of saying someone “faced discrimination because of their skin colour/race”, students were told to say, “they faced discrimination because of racism”, the glossary stating, “a person’s identity is never the problem, it’s the systems of oppression”. The woke mob have some nerve to be talking about oppression, when they are the ones attempting to pervade their views upon society, compelling speech, cancelling those who refuse to abide by their restrictive rules. All you need do is look at Grace Church School, who told their students they could not even wish someone a “Merry Christmas”, or for that matter a “Happy Holidays”, replacing the two with “have a great break.”

While it may seem like we are just biding our time, waiting for this language to become the new norm, not all hope is lost just yet. Just this week in Australia, One Nation Senator Malcolm Roberts brought a motion before the Senate, seeking to ban the use of “distorted” gender-neutral language in official government documents. This came after the Australian National University told staff to use “parent-inclusive language” such as “chestfeeding”, “human milk”, and, in place of mother and father, “gestational” and “nongestational” parent. His motion stated that “our fundamental biology and relationships are represented through the following descriptors”, including those such as mother, father, son, daughter, boy, girl, man, woman, male, female, and so forth. It also stated, “broad scale inclusion cannot be achieved through distortions of biological and relational descriptors”, and that “an individual’s right to choose their descriptors and pronouns for personal use must not dehumanize the human race and undermine gender.” In what is, for now, a good sign, Senator Roberts’ motion was passed with the support of the Government.

If we allow the mob, who clearly have only their own oppressive ideology at heart, to control the way in which we speak, it will not be long until they are empowered to compel us to do anything they want us to. In a horrifyingly dystopian turn of events, we will become enslaved to society itself, much like the citizens of the world of 1984. We must refuse to succumb to their will, to bend the knee to their ways, and knock back Newspeak in its entirety.