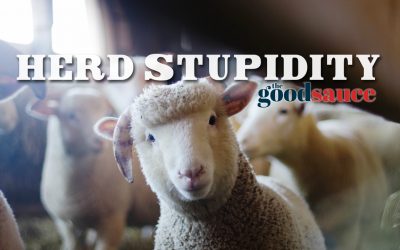 The great mystery of Covid will be working out why a nation that despises its political class and reviles bureaucrats knelt to worship at their feet.Pre-Covid, Australians couldn’t trust a politician with a coffee order. Their incompetence, corruption, and scheming...

THE GOVERNMENT is moving to eradicate a new Australia logo that bears an uncanny resemblance to the Coronavirus just two months after it escaped from a state-sponsored design laboratory. The logo was released to the world in July after reports that a team of...

The Truth about Aboriginal Deaths in Custody

Surely if your real agenda is to solve Aboriginal deaths in custody & you realise that 2% of the adult population are 28% of the total prisoner population, the least you’d do is also try to reduce the rate of custody?

Here’s the juiciest hypocrisy in Jane Caro’s ideological ravings about selective agreement with science. Jane is pro abortion, but 96% of biologists agree each human life begins at fertilisation.

What if the experts were wrong – really wrong?

Tens of thousands of Australians have lost their jobs and businesses because our governments acted on the doomsday predictions of a severely flawed virus transmission model by a historically unreliable professor.

That’s not what makes one a Christian

Magda Szubanski has announced she’s seriously considering “defecting” from the Roman Catholic Church because the Vatican praised Pell for having “waited for the truth to be ascertained”. What makes one a Christian?

Here’s the proof drag queens are not for kids

Drag queens appear happy to agree they are adult ‘entertainment’ when taking their place in that industry’s awards night. Why on earth doesn’t the city council know this self-evident fact? 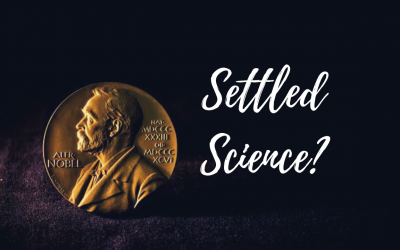 Professor Frances Arnold was awarded the Nobel Prize for chemistry in 2018 but retracted a subsequent paper as the peer-reviewed science has not been reproducible. There is growing alarm about challenges in irreproducible research which contradicts the common assertion that “the science is settled” on any research topic.

Labor should stop trying to colonise the Kimberley with Labor paternalism and denying Aboriginals the agency to choose for themselves what they will believe or how they will live out their beliefs.

When a society has no further use for or even tolerance of its’ citizens’ very consciences, that society has arrived at a very dangerous place that cannot be sustained.

Yesterday the Australian Charities and Not-for-profits Commission decided Vegan Rising’s goose was cooked and revoked their registration as a charity.

Facebook seems to have appointed itself & its bored hamsters the sole arbiters of Truth, and has taken exception to today’s quote, “Our lives begin to end the day we become silent about things that matter.”

Aussies facing an education emergency thanks to a failing system

Australian schools are failing in maths, science & reading and have been getting worse for 20 years – but more money has never been the solution. What real action can we take to resolve this real emergency?

If angry Adam couldn’t get his soy latte from his preferred Melbourne vegan ethically-sourced roastery, would he stop drinking soy lattes, or would he get it somewhere else?

The abortion industry discriminates against people based on the status of their birth having not yet occurred; even though science is unambiguous about their membership of the human family…

How to engage with people who see the world completely differently

We can either continue uselessly shouting across the impassable ravine of logical & linguistic contortionism at those who see the world entirely differently, or we can look for a better way.

The surprising phenomenon of people who see the world completely differently

There are many examples of utter absurdity presented as indisputable fact. How have they talked themselves into actually believing these lies? These folks are serious. They seem to really believe what they’re saying.