Craig Emerson’s economic philosophies & elections review are lacking, but his advice to leave emotion out of political debate and look beneath the surface before rushing to partisan judgements is completely right.

Should churches and parents take back sex education?

The sex soaked culture we now all swim in requires us to think again about this very important aspect of human existence and to have a plan to help our children navigate these treacherous waters. This is the only path to reconciliation

This moment brought the whole courtroom to tears, but it holds a powerful example of the key to reconciliation on a larger scale between races, and national maturity, cohesion and progress. 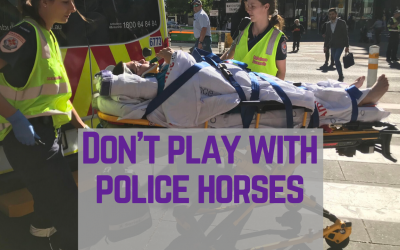 The issue of domestic violence is just one of those sacred cows in Australian politics which has carefully confected a facade of facts wilfully ignorant of contradictory evidence. Let’s get serious about understanding it.

If you thought abortion activists couldn’t sink any lower, think again. Some are now resorting to image-based sexual abuse of young female prolife leaders in attempts to silence all debate.

HELP! My kid is being taught gender theory

Viewer asks, “A few months ago I starting getting the feeling that little Jimmy was questioning if he was a girl, so I asked him directly. He responded with yes, because he plays with girls at school rather than boys.”

The right and wrong places to confront sin in others

Facebook is not the right place to air our dirty laundry, yet legalism and slanderous gossip seems to help build a big following as it tickles the ears of many people. So where is the right place and time to confront heresy? Dr Anthony Dillon has for many months heard the criticisms thrown at Jacinta Price and recently wrote an article in response. We caught up to reflect on it and ask why she seems to be copping so much racist hatred.

The sins of climate change theology

There is an inherent danger of wandering beyond Biblical authority when preaching absolute positions on environmental policy. Don’t pretend there’s no debate when God’s Word is not authoritative on it.

In a rare moment of feminist honesty but typical nastiness, Jane Caro says she doesn’t notice or care about the babies conceived, “potential humans”, who were never born.

Why should Australian churches wait any longer for a national leader to declare a national day for awareness about the single largest cause of death in Australia, bigger than the top 3 causes of death combined, but easily preventable?

The State Religion is Relativism

Many if not most schools will be sending similar propaganda or in other ways establishing a toxic workplace for anyone refusing to celebrate sexual & gender confusion, conforming beliefs to the state religion.

The looming leadership crisis in the NSW Liberal Party

Gladys Berejiklian has mutated into a Daniel Andrews ‘mini me’, angering and dividing both her party room, party members, and coalition colleagues. Is her cavalier leadership sustainable? A movie about liberals hunting conservatives for sport

It’s my fault killing babies is legal in Australia

I tell myself regularly that if I’d been in 1940s Germany I would have voted for anyone but Hitler. I’m certain I would have spoken out against the holocaust though it cost me friends, career or my life. Would I though?