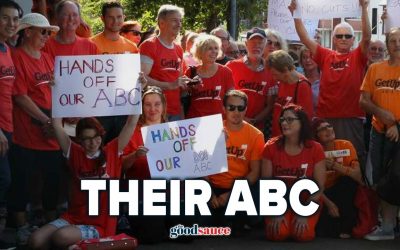 The ABC is a greatly loved, essential media service. The ABC would immediately collapse into oblivion if it went behind a pay wall. These two things cannot be true at the same time… There has always been a general political divide in most Western nations that sits... Decades ago, in the mid-20th century, George Orwell wrote a book about a future where the world had succumbed to a political dystopia. That novel, entitled 1984, should have served as a warning to the human race of the dangers of giving too much power to politicians,...

Subscribe to The Good Sauce podcast on Apple, Google, Spotify, SoundCloud or Player FM.Help others enjoys honest news too by giving us a 5 star rating and review on Apple Podcasts. Go behind the curtain with the stars of the culture wars. In this third episode, Andrew...

The People's Project, hosted by Matthew Wong. Fight fake news! The Good Sauce is bringing balance to the corporate media echo chamber. We are the first conservative source of videos and podcasts by so many independent voices from Australia, New Zealand and around the... 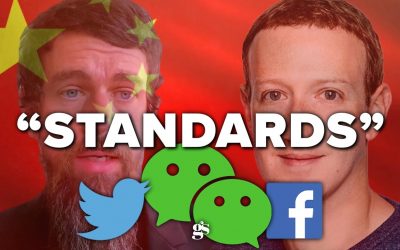 THE CEOs of Twitter & Facebook have expressed admiration and support for WeChat removing a message from Australian Prime Minister Scott Morrison to the Chinese public. WeChat is China's giant social media corporation, comparable to Twitter and Facebook in the West...

It’s hard to think of anything more ironic. Two Saturdays ago I participated as a panellist at the Disrupted Festival of Ideas held by the State Library of Western Australia. I was on the panel for a lively discussion about the meaning of “Cancel Culture”. Besides...

Cartooning in the time of ‘woke’ | Mundine’s Truth Talking, Episode 5

Subscribe to The Good Sauce podcast on Apple, Google, Spotify, SoundCloud or Player FM. You can help others find it by giving us a 5 star rating and review on Apple Podcasts. Cartooning in the time of 'woke' Wednesday, 7 October 2020 7pm Sydney | 6pm Brisbane | 4pm...

Let Sport be Sport, and Court be Court

They’re still at it. Scottish tennis player Andy Murray is the latest to complain about Margaret Court, saying she should not be acknowledged or remembered, because “I don’t think her values are what tennis stands for”. In his defence of same-sex marriage, Murray has...

‘Gatekeeping’ is one of those human behaviours that washed around civilisation for thousands of years before it was properly defined. Credited to German-born Kurt Lewin in 1943, this filtering of knowledge by self-appointed arbitrators has been a stable of power that...

Facebook has deleted a simple post sharing a very popular article on GoodSauce.news which criticises Facebook censorship. I like to think I can play within the rules and let you know what you need to know without triggering the overbearing rules of the giant social...

Panelists include Senator Eric Abetz, Evelyn Rae & Bernard Gaynor as well as host, Dave Pellowe. LGBTIQAX+ lawfare & cancel culture - will facts ever matter more than feelings again? China vs America & Australia - is the West walking to the need for a new...

Facebook seems to have appointed itself & its bored hamsters the sole arbiters of Truth, and has taken exception to today’s quote, “Our lives begin to end the day we become silent about things that matter.”

A lesson for KK on the basics of freedom & faith

Kristina Keneally is hopelessly muddled about how freedom works, specifically freedom of speech and freedom of religion. I spoke with the CEO of Emily’s Voice this afternoon about his organisation and the recent fury of attacks against ad’s with facts pro-abortionists would rather women did not know.

An SJW has expressed outrage that in 2019 people are allowed to have freedom of speech for political opinions that she disagrees with, namely, the desire to restrict people from killing other living humans.

Jusge Vasta’s comments contained rare common sense. Members of our federal and state parliaments, courts & tribunals should sticky tape these words to their bathroom mirror to read every time they brush their teeth. Eternity News missed some important notes, not to mention facts. Further, there are some somewhat popular misconceptions that should be cleared up so we can have less polarised & more productive conversations.