Another week, another litany of confected outrage attempts by the Queensland Labor government. The same bunch who refresh their twitter feeds waiting for the next “scandal” and cry out in “disgust” when conservative folks so much as breathe the wrong way are sadly in... Queensland Lockdown: You get the government you deserve

Subscribe on Apple Podcasts, Spotify, Google, SoundCloud or Player FM. Please give us a 5 star rating and review to help others find it! DEB Frecklington is a nice lady, and a great local MP for her regional electorate, but nice doesn't win elections. After promising...

How To Vote in the Queensland 2020 State Election

LET me say right at the outset that responsible voters (you) should not be taking instructions from anyone on how to vote, and certainly not those pieces of paper thrust in your face as you walk the horrid gauntlet of mostly well meaning volunteers lining the path...

Subscribe to The Good Sauce podcast on Apple, Google, Spotify, SoundCloud or Player FM. You can help others find it by giving us a 5 star rating and review on Apple Podcasts. The Academy Awards go wokeThe Icelandic 'church' recreates JesusR VicPol OK?The UN warns of a...

Heartless Queensland Premier Annastacia Palaszczuk “human just like everyone else”

FEW people could know what it’s like to be bullied by the Prime Minister of Australia. But I imagine it’s like being unable to see your dad before he dies, or attend his funeral after his passing, only worse. Queensland Premier Annastacia Palaszczuk must have imagined...

The Queensland state government election is at the end of next month, and the differences between the two major parties have never been clearer. There are also increasingly bright alternatives in the minor parties right of centre for voters who are less motivated by...

Sometimes it feels like the "progressive" juggernaut is so pernicious that it’s just a cultural fait accompli. But then people like Bernard Gaynor happen. A man who stands by the motto: “Stand Tall. Fight Hard”. Gaynor is the epitome of the true “freedom fighter” in... DON BROWN, the Labor Member of State Parliament for Capalaba in South East Queensland, has launched a scathing attack on a local community group, "The Cage" in response to an article about funding promised by the Opposition Leader Deb Frecklington. "The hits keep on...

Jackie Trad blames others for her career woes

It’s odd Jackie Trad is complaining about feeling a little bruised by the gladitorial nature in which she has played the game of professional politics. 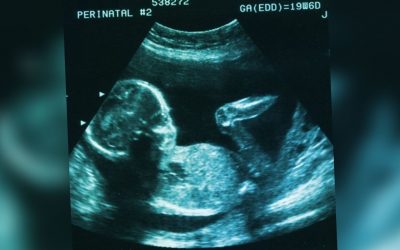 We have had a huge victory. The Queensland Supreme Court has just determined that universities have no jurisdiction to adjudicate criminal complaints. In news which comes both as no surprise and yet a huge relief, the Australian Classification Board has decided to rate the movie Unplanned as “M” (Mature Audiences), with advice it contains mature themes. 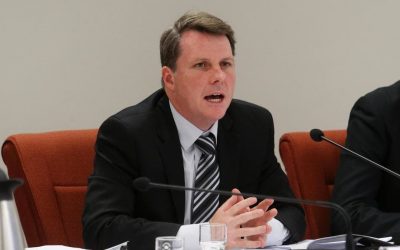 Do not miss part 2 of this 3 question interview with Dr Christian Rowan. We get down to where the rubber really hits the road on how to solve the greatest injustices of our generation.

LNP Leaders Under a Cloud

The Queensland LNP leadership of Deb Frecklington & her Deputy Tim Mander has come under a cloud in the continuing fallout over three MPs crossing the floor to vote in support of liberalising abortion in Queensland last week. Many LNP members are...

The Abortion of our Conscience

We like to congratulate ourselves for so much knowledge and “enlightenment”, but who are we kidding? Cloaking our pagan barbarism in clinical sterility, whichever way you cut it, we are the most efficient killers in history.

My submission to the Qld Parliament regarding liberalising abortion

I am an undecided voter, and the voting record on this bill will certainly inform my vote at the next election. It seems remarkable to me that in the Twenty First Century we are discussing liberalising laws against abortion.

I dread government in the name of science. That is how tyrannies come in. In every age the men who want us under their thumb, if they have any sense, will put forward the particular pretension which the hopes and fears of that age render most potent.