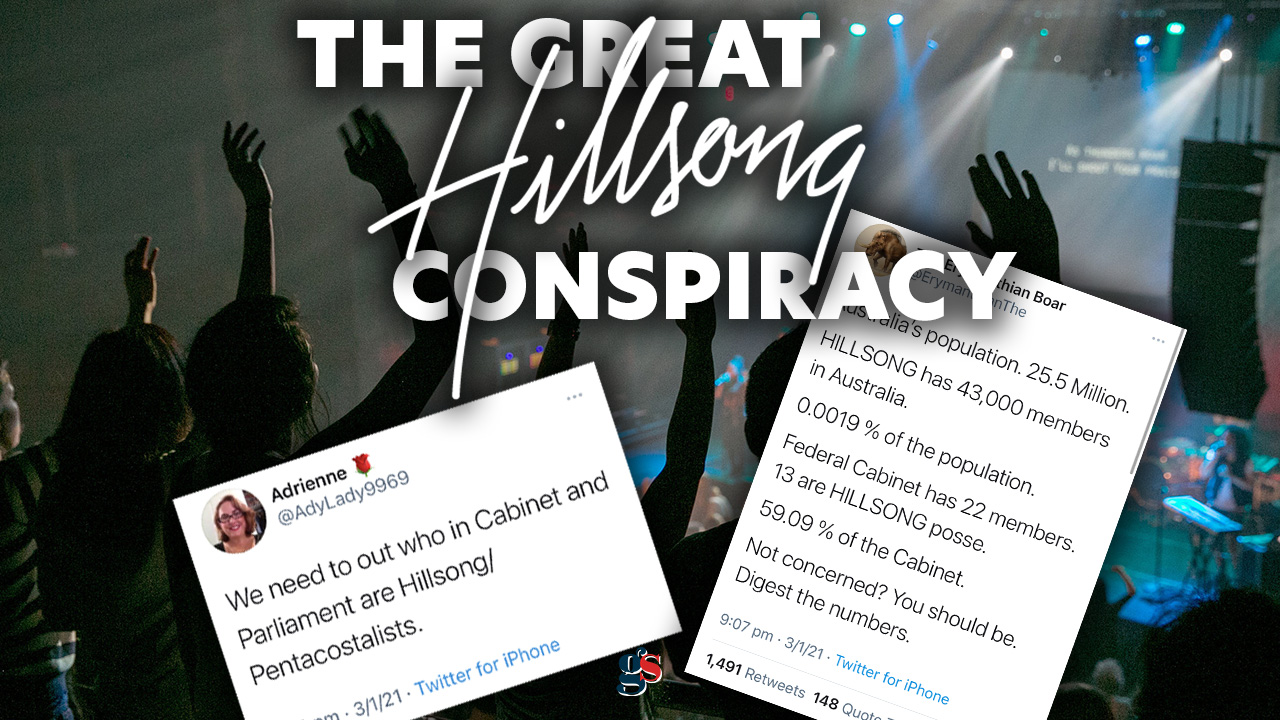 If you believe what you read on Twitter – which would require the faith of Saint Paul and Pastor Brian Houston combined – more than half of the Federal Government’s Cabinet are Hillsong members.

This, of course, is not true.

But imagine for a moment that it is. This would mean the country is being run by a group of people who believe that every Australian is made in the image of God and therefore has intrinsic value and worth.

Gather your loved ones and escape to someplace where such dangerous views have not yet infected the political system – like China. Or North Korea.

Rumours of a happy clapper religious coup began when someone anonymously tweeted this week:

The numbers should not be digested. They should be spat out, because they are patently false.

My family attend Hillsong and don’t know of a single Cabinet member who is part of the church. I checked with a friend who is in leadership at Hillsong, and he didn’t know of any either.

But as the Bible says, gossip tastes sweet – and so thousands of people not only swallowed the anonymously-posted lie but retweeted it so that the baying online mob could accuse Australia’s largest Christian church of malfeasance.

Let me give you just a sample of the thousands of tweets that followed:

“ASIO needs to look at the Hillsong cult seeping into our Government and governance.”

“Is being a Hillsong member mandatory for LNP MPs as Nazi party membership was in 1930s Germany?”

“It is clear that these Hillsongers have a plan.. and that is to dominate our politics by all and any corrupt means.”

We could go on, but you get the idea. Mums and dads who attend Hillsong are Nazi cult members, nefariously working to overturn secular democracy.

Let’s not call it a war on Christianity, but it does seem like white Christians are the only group that can be derided, criticised, and accused of conspiracy without those voicing the criticisms being shouted down as bigoted or intolerant.

And in case you are tempted to dismiss this Hillsong-derangement syndrome as affecting only a bunch of crazy nameless trolls, former senior public servant and policy maker Paul Barratt retweeted the smear and added:

“Given the low number of Hillsongers in the population, the numbers gaining pre-selection and the numbers appointed to Ministerial office seem wildly improbable statistically – there has to be co-ordination of effort.”

“Remember when Tony Abbott’s cabinet had at least eight Catholics out of 19 members, far in excess of the 22.6 percent of Catholics in the general population. Must be Hillsong’s turn.”

Now it’s tempting to imagine how much money might be diverted to dental care if Collingwood members were setting government policy, but I digress.

Mr Ewart didn’t mention which government policy Hillsong was setting. He also neglected to mention that Collingwood has more members than both the ALP and the Liberal Party.

Well, only if you don’t know your history.

Next week it will be an even less fashionable religious minority that is attacked by the baying mob.

And eventually you’ll end up with enough people agreeing that “We need to out who in Cabinet and Parliament are Hillsong/Pentecostalists”, as one woman – getting that ‘round up the Jews’ vibe going – tweeted enthusiastically.

Replace “Hillsong/Pentecostal” from the aforementioned tweet with the word “gay” or “trans” or “Muslim” (or any other identity for that matter) and tell me if you’d be allowed to get away with it.