This is how we fight 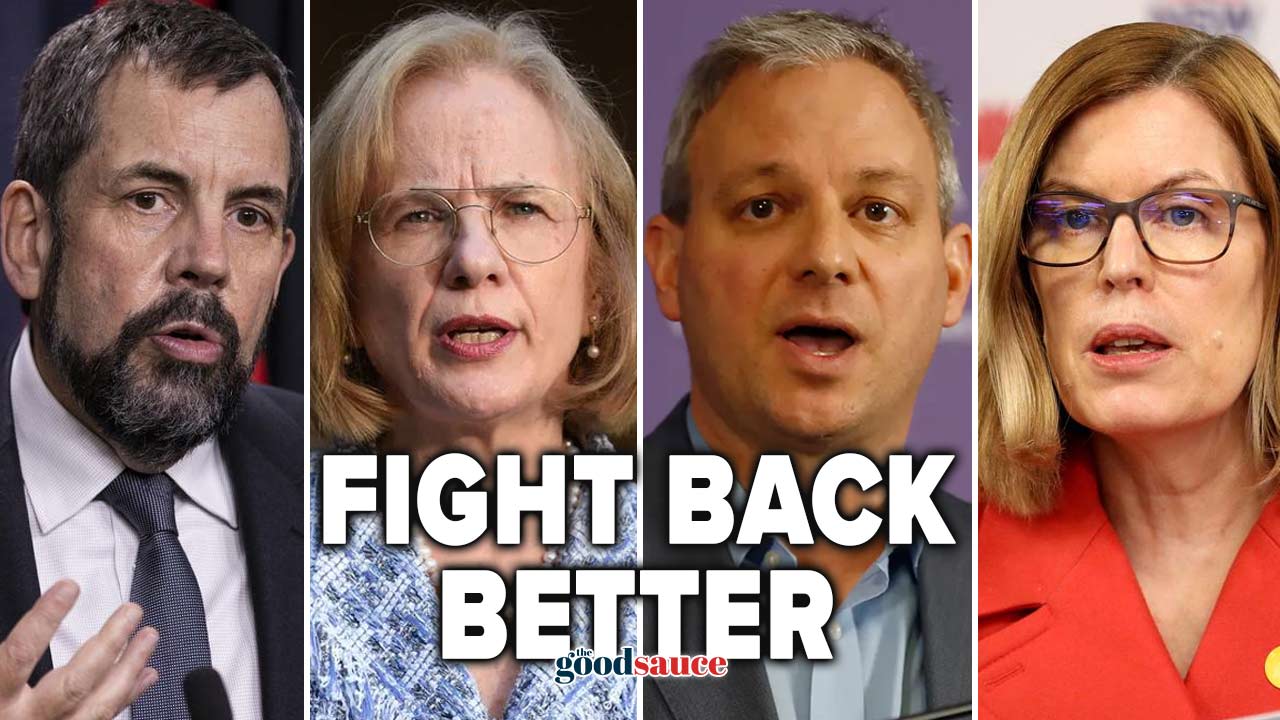 Over the last year and a half, a virus less potent than many other illnesses has been used as an excuse to rob citizens around the globe of their God-given rights and freedoms. It has created a society that is in many ways divided. There are those that are subservient to the government, to acceptable scientists, to unelected bureaucrats; and those who know that these people are untrustworthy, that they have their own agendas.

And that brings us to the final division: those who are only concerned about the short-term, and those who think about the bigger picture.

The Good Sauce · JOEL AGIUS - This Is How We Fight

There are several points of great concern surrounding COVID-19 as it currently stands. The political traction toward vaccine passports is worrying. Vaccine passports would place arbitrary restrictions on those who refuse to be used as guinea pigs in a global experiment. And yes, despite what those that spruik the acceptable political narrative may say, that is what this is. The vaccine trials do not actually conclude until the end of 2022. So, everyone who gets the jab now is essentially a human subject in a wide-scale experiment.

Vaccine passports would restrict people who do not wish to be experimented upon to social isolation. And, if the last year and a half is anything to go by, that would be deadly. The mental health crisis arising from COVID restrictions, especially lockdowns, has been devastating. If politicians really cared about people’s health, they would do more to help those who are struggling mentally and would stop imposing rules and restrictions that are detrimental to the mental health of their citizens.

However, this is unlikely, because to them, this is a money game. That is all this has ever been about – money. There are a few points to be made here. The first lies in the vaccines. All along, politicians and health bureaucrats have been pushing vaccines as the only solution to the virus. They have admonished and restricted other treatments, including hydroxychloroquine and Ivermectin, drugs that have been in circulation for decades, doing so despite their efficacy in reducing symptoms and decreasing recovery times.

These medications, unlike the vaccines, are not experimental, and thus are much less likely to cause debilitating and deadly side effects. So why aren’t they being prescribed as a solution to COVID-19? It’s simple really: they’re not profitable. They are cheap, and thus provide no financial gain to those seeking to make a profit from this virus, be it financially or politically or both.

The other point of significance to be made on the matter of money is this: Have you noticed how the only people who have not lost out financially to the virus and the restrictions imposed in the name of controlling it are politicians and public servants? These are the very same people that impose the arbitrary rules that destroy the lives of others.

If these restrictions affected their finances, you can be certain they would be lifted right away, likely never set down in the first place.

This has only ever been about money and power for those that rule us. We the people put these people in power democratically. We gave them their jobs; we gave them their power. They are supposed to work for us. As it stands, they are working for themselves, doing all they can to forward their own agendas. If we ever want to take our country back, we must fight for it.

Over the last few weeks, I have had several discussions with some new friends on this matter. We discussed how people who see COVID tyranny occurring and are concerned about it are largely remaining silent. It seems as if they wish to leave it to others to speak out on their behalf. But when the same people keep speaking out over and over, it does not necessarily bring about change.

I was of the thinking that it would be more effective for more people to start using their own voices and joining us in calling out the atrocities occurring in the time of COVID. However, it was brought to my attention through these conversations that, while many may wish they were in a position to do this, they may not be at liberty to do so. It could be that doing so would put either themselves or their families in harm’s way, and so they remain silent.

So, a different approach is necessary. After talking through the issue further, one became clear, one that everyone has the ability to undertake. Instead of pushing back vocally, we can push back through our actions. This strategy takes the form of non-compliance. For as long as we comply with unlawful directions, power-tripping politicians will continue to take every opportunity they can to implement them and push them further.

However, if more and more people refuse to comply with these absurd directions, which often do not make any sense, then the tides can turn, and politicians will begin to lose their grip on the excessive power they have taken, to which they have no right.

This is how we fight.