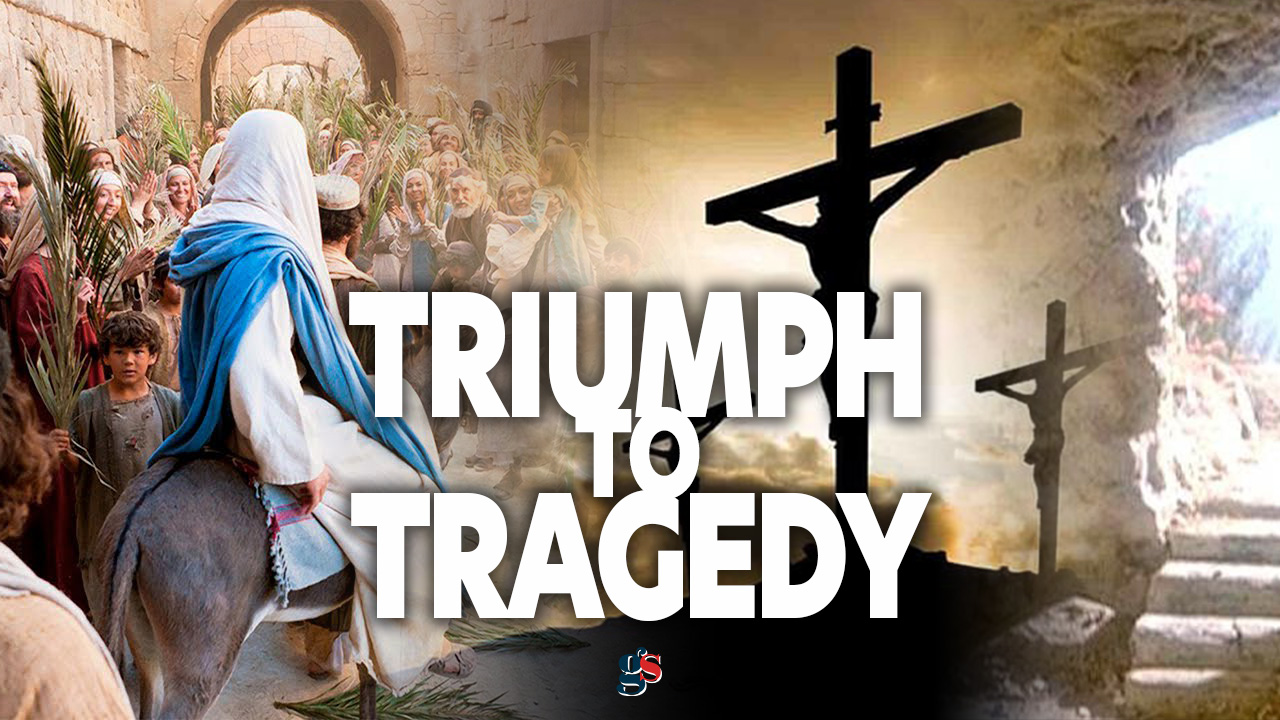 As we journey through this Holy Week and remember the ultimate sacrifice that Jesus Christ made for us, it is imperative to recall how it all began, and how that week that changed the world progressed. It is important that we can relate the story to our lives and understand why it needed to occur. For the story of Christ is the ultimate hero’s journey, from triumph, to tragedy, to despair, and finally returning to triumph.

The coming of Christ into the world to live amongst us as man was necessary from the moment Original Sin came about, from the moment evil entered this world. That was, of course, at the very beginning, shortly after God had completed His magnificent creation. When God looked upon the world, He saw that it was good, and that was His moment of triumph. But then Eve was tempted by the serpent in the Garden of Eden, and both she and Adam, against the will of God, consumed the forbidden fruit. It was at that very moment this world became a fallen one, after the human race submitted to temptation, to evil itself. That was the original moment of tragedy.

Thousands of years later, Jesus Christ entered the world. God knew that the only way to save the human race, to save His creation, was by sending His Only Son to walk among us as the Son of Man. In His time on this Earth, Jesus, under the guidance and care of His devoted Earthly parents, Mary and Joseph, and His Heavenly Father grew and began His teaching. He taught us right from wrong; He perfected the Commandments given to Moses in the Old Testament; He showed great compassion for others, healing those who people would not touch, speaking to those who others would not speak with. Above all, He spread the Good News, the Word of God, here on Earth. At the time of His Earthly life, Jesus was the perfect man, and He still is to this very day. All He did was in preparation for one of the most gruelling yet essential sacrifices anyone would ever make.

We begin Holy Week with Palm Sunday. On this day, we remember Jesus entering the city of Jerusalem with His disciples after undertaking His ministry. This was a day of great celebration, a day of triumph, the people of Jerusalem cheering and waving palms as Jesus rode in on a donkey. We then progress through the week to Holy Thursday, the night of the Passover, when Jesus shared His Last Supper with his twelve disciples. This was when Jesus transformed the bread and wine into His Body and Blood, and shared it out amongst them, instructing them to continue to do this after He was gone as a remembrance of Him.

Later that night, Jesus enters the Garden of Gethsemane, praying and even asking his Father in Heaven to “remove this cup from me” (Luke 22:42), that is, to spare Him and save humanity another way, although He recognizes that it is up to God the Father as to what will occur, following His request with “yet not my will but yours be done”. Soon after, Judas betrays Jesus, handing Him over to the authorities to be taken away, tried, and, despite Pontius Pilate’s reservations, after the jeering from the crowd with chants of “Crucify Him!”, He is handed over to the Jews to be crucified.

This is, I think, one of the most tragic moments in Biblical history. It is also reminiscent of modern times. At the beginning of the week, the Jews cheered upon Jesus’ entry to Jerusalem, yet just days later, they were jeering at Him, calling for Him to be sent to die. It is a tragedy

because it demonstrates just how fickle the human heart can be. It was human beings, regular human beings, that sent the Son of God, our Saviour, an innocent man, to die. How far we had fallen. Yet we have not learnt from those days.

In the modern world, we still fall short. We are still hypocrites. We still show contempt for one another. We condemn where condemnation is neither warranted nor deserved. And, oftentimes, we fail to stand up against our brethren who are clearly perpetrators of any of the aforementioned and call them out. Because of this, God’s people suffer. Because of the weakness of humanity, tragedy ensues.

But it does not have to be this way. We have the power to change, the power to inspire. We are all capable of honouring the sacrifice that Jesus made for us. See, what Jesus did was not without pain and suffering. In fact, Jesus suffered more than anyone ever had and more than anyone ever will. For when He went to His death, when He carried His Cross, He was not burdened by a mere piece of wood. Jesus carried more than just a Cross. Upon His shoulders lay the weight of the sins of the entire world. What a heavy load that must have been. But, despite the anguish of it all, of watching as God’s people condemned Him and sent an innocent man to death, He carried on. He even requested forgiveness for them, saying “Father, forgive them, for they do not know what they are doing” (Luke 23:34).

After Jesus was crucified and died upon the Cross, He was laid to rest in a tomb. His disciples were fearful, knowing that they could be persecuted next. Despair set in amongst them. Yet, just as Jesus said He would, on the third day, He rose from the dead, emerging from His tomb to go and meet His disciples having triumphantly conquered sin and death. Like Jesus, we must each bear our burdens and do all we can to conquer them. No doubt there will be many throughout our lives, but that is a necessary part of life. We must endure suffering in order to have our eyes opened to the wonders of the world.

For triumph may turn to tragedy, but if we endure it, if we push through the despair and the suffering, it can surely transform back into triumph, even when we least expect it.