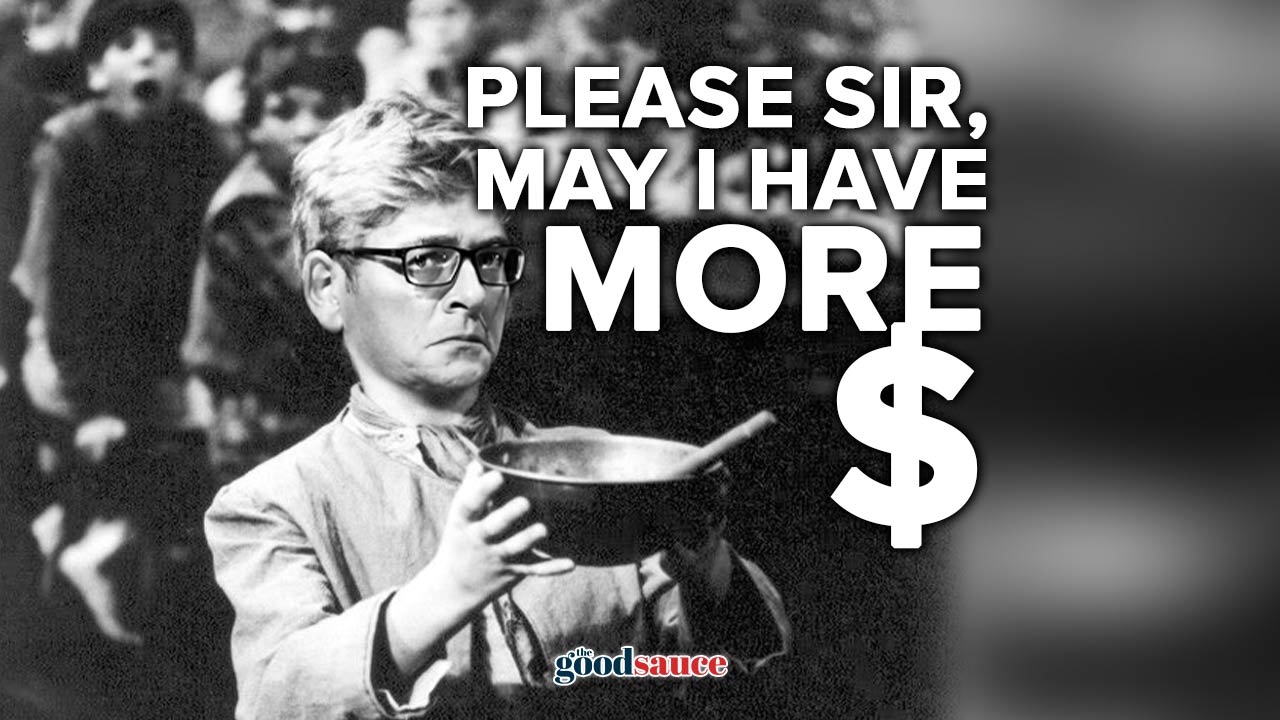 With the recent turn of events in Victoria that has seen the Lockdown State stay true to their moniker, even in the absence of Daniel Andrews, it is easy to understand how terrible this must be for everyday Victorians, especially those who did not vote for this clearly incompetent State Government.

But, despite the harsh realities that are being faced, it is necessary that, no matter how many times the Victorian Government requests it, the Federal Government refuse them any more money.

This is a clear-cut case of you broke it, you bought it. The Victorian Government is like a child who leaves home, going out into the world as an independent person. They then proceed to spend all their money, wasting a fair chunk of it, and come running back to mummy and daddy, begging for financial assistance. The parents take pity on their child and provide them with some more money.

Again, their offspring goes out, wastes their money, and returns to ask for more. The cycle continues until the parents decide enough is enough — that if they keep giving their child money every time they waste it all, they will never learn. It is up to the parents to show some tough love, and to refuse them financial aid. Otherwise, they are just rewarding their destructive tendencies.

Now substitute into that analogy the Victorian Government as the child, and the Federal Government as the parents. Currently, the State Government is requesting more financial aid for their people, even though it is they who have continued to put their people in difficult situations, a result of a likely deliberate failure to learn from previous errors.

The Victorian Government has some nerve demanding more money after everything they have done. The feds have, time and time again, come to Victoria’s rescue. This has clearly given the State government the idea that the feds will bail them out every time they lock down, no matter how many times they do so nor how long each lockdown persists. This is why, this time, the Federal Government must hold firm on their decision to withhold support for Victoria.

Some may see this as cold, as heartless. But I assure you, ice does not run through my veins. This is a difficult situation, yet it is one where, ultimately, tough love is a necessity. If Scott Morrison and Josh Frydenberg give more money to the Victorian Government, it will be as if they are rewarding them for locking down yet again and will only encourage them to do so every time there is even an inkling of an “outbreak”. That would be a living hell for Victorians, especially in the midst of the winter months.

Now, I’m sure they would object to this idea, given they really love their money. In fact, I can practically guarantee you that if the lockdowns they imposed affected their income, they would not be implementing them. They would find another way that did not affect their financial gains.

They know that what they are doing is destructive, with the likely outcome of businesses that survived last year’s extensive lockdowns going bust, unable to cope with the current iteration that has already been extended another week and could easily do so again and again. But the Victorian Government could not seem to care less.

They are prideful, refusing to learn from other states, refusing to change their systems, refusing to learn from their disastrous failures. And when something goes terribly wrong and puts them back in hot water, they throw the blame at anyone they can. They refuse to take responsibility for their own incompetence. As the last few weeks have shown us, they don’t even need Daniel Andrews there to stumble around in the dark. But for what it’s worth, while they cannot seem to control the virus, they sure know how to control the political narrative.

One of the most tragic parts of all this is that there will be many people who vote for this government again at the next state election, despite all the havoc they have wreaked upon the State. These people will continue to follow their government leaders like sheep following their shepherd over the edge of  a cliff. They will believe any lie they are fed, and they will always lay blame on anyone else but their beloved government. They will say it’s ScoMo’s fault (because, let’s face it, everything is ScoMo’s fault to the Left).

They will blame their fellow citizens for not wearing a mask, or not getting vaccinated, even though getting a still largely experimental vaccine is supposed to be a choice and should not be compelled by any means necessary. Although, it seems, governments will likely start down the path of threatening restrictions if people do not get the vaccine, a form of making the COVID vax mandatory. And time and time again, they will praise their leaders for getting them out of the storm that they themselves created.

It may seem harsh, but Victoria needs some tough love.

Sure, it is a difficult time, and people are no doubt struggling. If you were to ask me, if compensation was to be distributed, it should only be provided to those who did not vote for this government, and/or will not elect this government back to power next year. If you are planning on voting for the State Labor Government at the next election, you really don’t deserve financial assistance. And if you’re complaining about losing money now and you’re still planning on voting them back in, you only have yourself to blame.

The Victorian Government can no longer rely upon the feds for financial help. They need to fix their own mess. If they do not learn now, they never will.