Are pro-lifers only “pro-birth”?

“Pro-life advocates are simply pro-birth!” At least, such is the common accusation (among many other lazy slurs) by pro-abortion apologists of their counterparts. What they mean is pro-life advocates only care about the baby until it is born, at which point they are revealed as the callous control-freaks which pro-aborts always suspected they were dealing with. They allege pro-lifers do nothing to support mothers with an unplanned pregnancy or their babies who are already outside the womb.

The inconvenient fact easily discovered by anyone with an internet connection is pro-lifers take the lead in providing vital services to vulnerable women and children. A network of comitted donors and volunteers have made great strides in supporting mothers and their infants since the legalisation of abortion 50 years ago, and usually without any government subsidies or media support.

Centuries ago it was churches which built and paid for orphanages and first provided universal free education, always believing every living human, uniquely made in the image of God, is equally precious and deserving of life, compassion and the ability to read Scripture for themselves.

Occasionally the challenge to pro-life sincerity will specifically be that the people advocating for the equal human right to life from fertilisation to natural death aren’t so serious as to actually adopt a child, the inference being therefore they aren’t really pro life. The obvious non sequitor aside, Christians are statistically more than twice as likely to adopt a child than the population average! According to Barna Group, “While only 2% of all Americans have adopted, this rises to 5% among practicing Christians. Practicing Christians are much more likely than others to have seriously considered adoption or fostering.“ 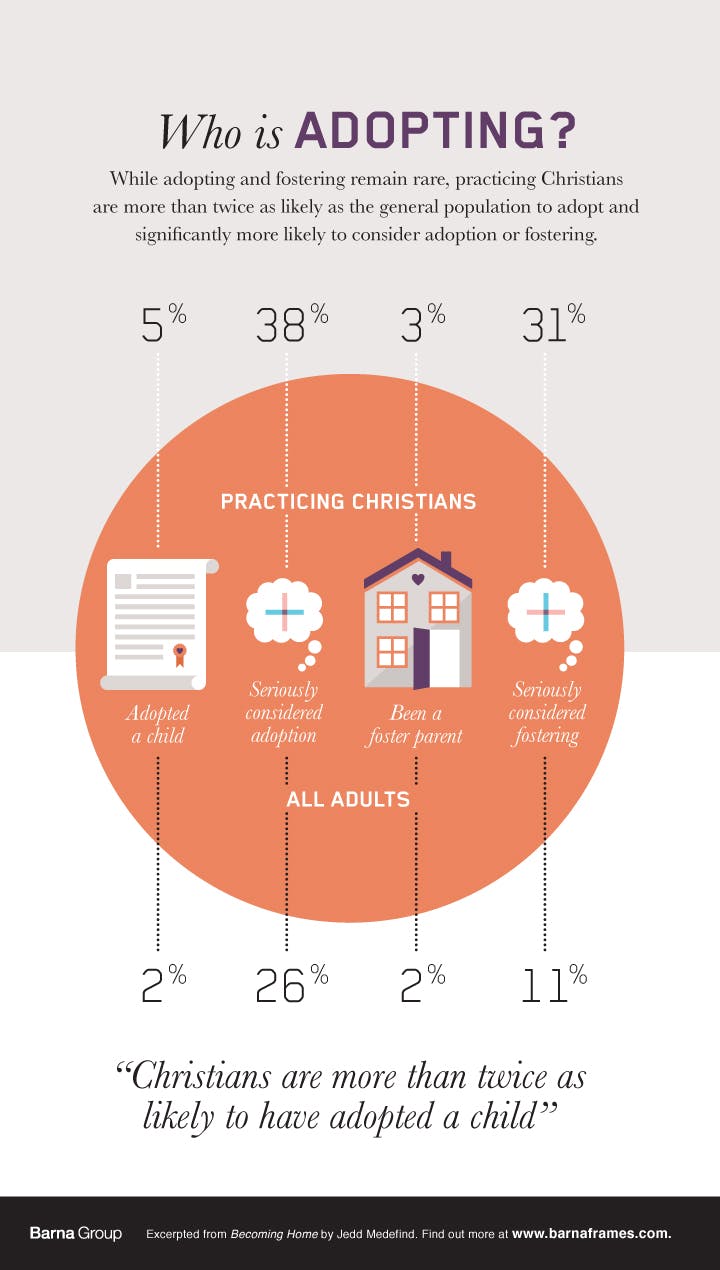 Worse yet, it is the ‘progressive’ left which is actively attacking and undermining care for children already born. They would rather shut a Christian / conservative adoption agency down than let them continue to help people adopt babies in a manner consistent with 2,000 years of religious conviction.

Agencies which believe every child should be given the chance to be raised by a mother and a father wherever possible are targeted by political left activists for closure. The human cost of the assault on faith-based adoption agencies has been catastrophic to children in the system. Forced to choose between obeying God or immoral legislation, Catholic Charities was shut down leading to the displacement of more than 2,000 children in 2011 – 11% of more than 17,000 kids in that single state looking for a place to belong.

Homosexual couples are not prevented from adopting or fostering by the continuing existence of adoption agencies that prefer to place kids with married mums and dads. Yet to target just such an agency with activist lawfare, lesbian plaintiffs in an ACLU lawsuit in Michigan had to drive past at least two other adoption agencies that would have worked with them.

The evidence is conclusive. Pro-life advocates do continue to care for women facing unplanned pregnancy no matter their choice about an unplanned pregnancy, for children before and long after birth, and for the society which funnels parents into circumstances where they may even be faced with such a difficult decision.

P.S. You are not alone. Here are some pregnancy resource centres in Australia where you can find real support without pressure or judgment.

Send it to dave@PelloweTalk.com or comment below and your question, story tip or challenge may be included in the next episode!