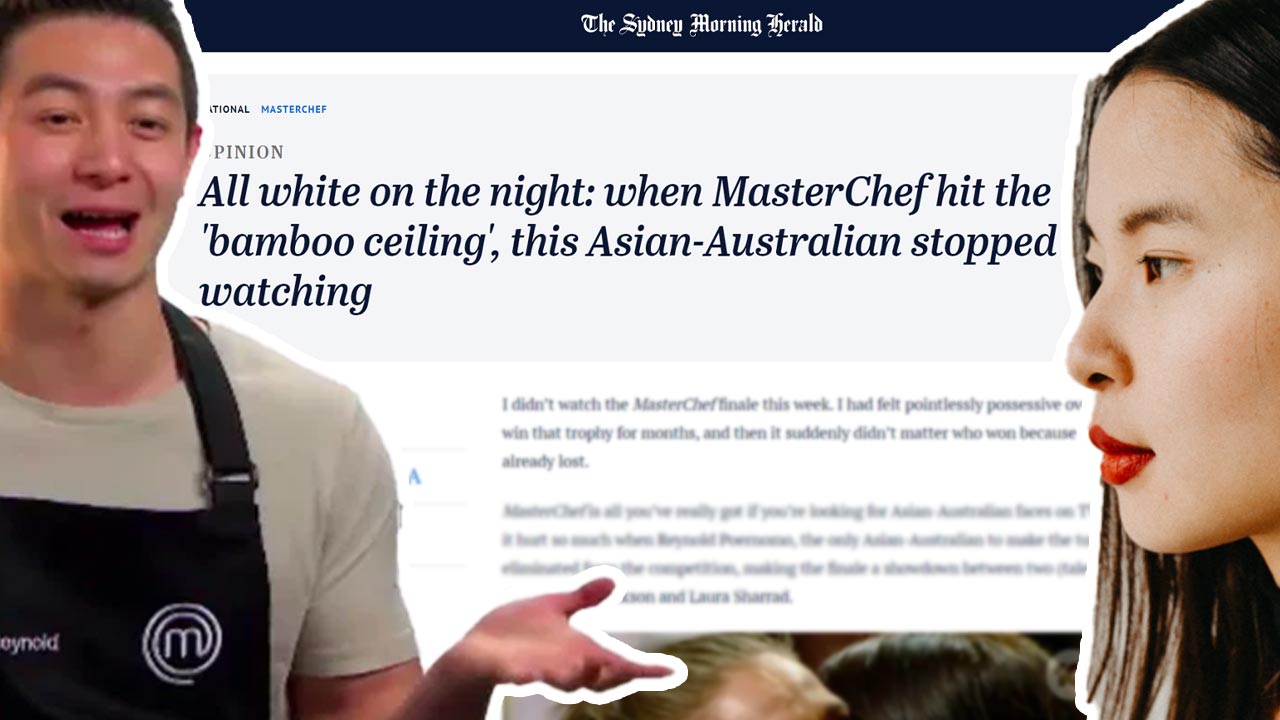 NEXT time an Asian makes the final of MasterChef, I’m turning the TV off. If my team – by which I mean whites – are not winning, then I’m not watching.

Now imagine if I meant that. I’d be crucified on social media as a bigot and likely hounded out of my job.

Actually, I probably wouldn’t suffer for those terribly racist views because no publication of repute would ever agree to print them, and so you’d never know what a jerk I am.

All of which makes me wonder why the Sydney Morning Herald, a former newspaper, ran a column by Jessica Zhan Mei Yu expressing those exact views, but against Caucasians.

The Australian born Chinese-Malaysian wrote that she refused to watch the MasterChef finale because the finalists were white.

“It hurt so much when Reynold Poernomo, the only Asian-Australian to make the top five was eliminated from the competition, making the finale a showdown between two (talented) white chefs,” she wrote.

“It suddenly didn’t matter who won because my team had already lost.”

It’s apparently very racist to ask a person of Asian appearance where they come from since it assumes they were not born here. But Jessica Zhan Mei Yu can root for her “team” when it suits. A classic case of tribalism for me, but not for thee.

Moreover, I had never realised MasterChef was a competition between Team Asia and Team White. Apparently you have to be a self-proclaimed anti-racist to think in those terms.

I’m just what they call a Quiet Australian who thought he was watching a cooking show in order to keep his wife happy.

But for Jessica, MasterChef is more than cooks cooking. Rather:

Here’s a conversation that has never been had in our house:

“What do you want to watch on TV tonight babe? White faces? Or should we look for Asian? We watched a Will Smith movie last night so I’m not really in the mood for black again. Are you?”

I never go “looking” for particular faces on TV. I’ve always thought the content of the program was more important than the colour of the faces. But hey, that’s just me.

That Jessica’s preferred face didn’t win this year’s cook-off – despite the fact that Asian-Australians have won the past three seasons – was proof of a “bamboo ceiling”, she said.

If the Melbourne-based writer wants to experience an actual bamboo ceiling – one built by the Party over a concrete floor and steel walls – she might try complaining in China that her Wuhan bat came with a side of virus.