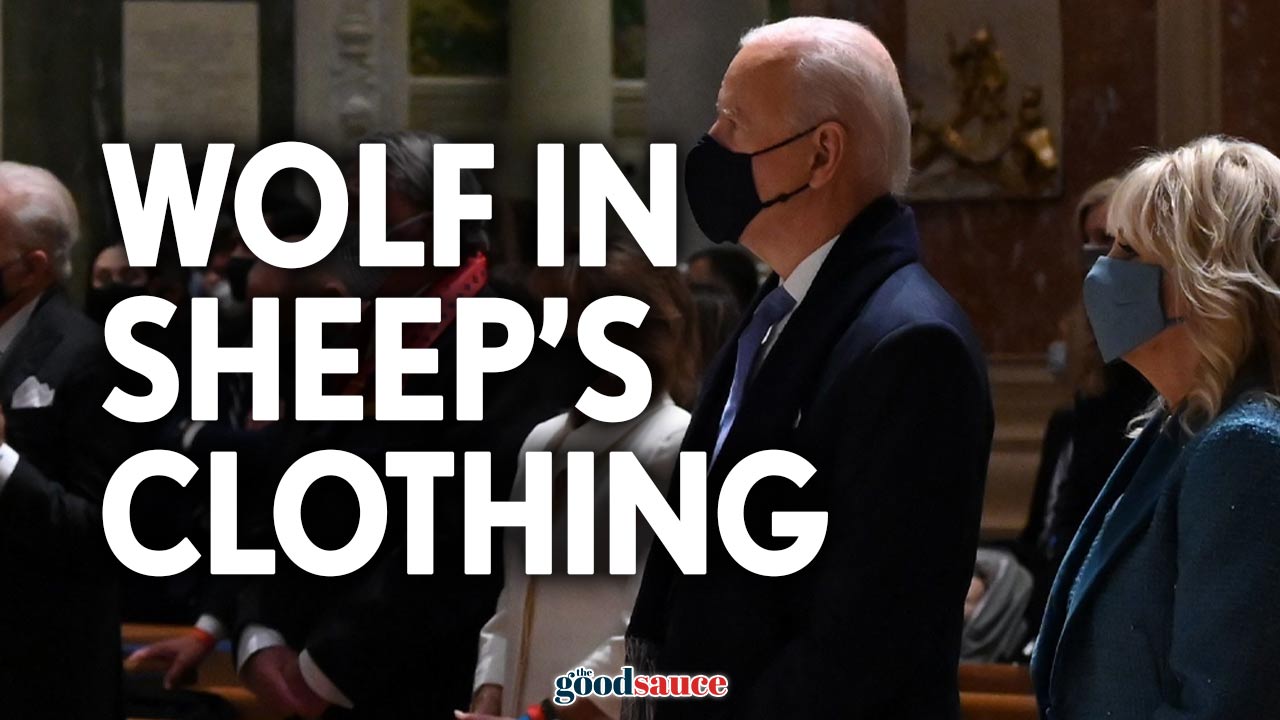 To be totally candid, it was hard for me to believe the headline was real.

“Pro-life Evangelicals for Biden: ‘We feel used and betrayed.’”

I could understand feeling embarrassed and ashamed and humiliated at their extreme naivety. But “used and betrayed”?

Joe Biden made it absolutely clear that he was running as a pro-abortion president. His running mate, Kamala Harris, was even more extreme in her positions. Yet, somehow, these evangelicals, some of them high quality Christian leaders, actually believed that Biden would moderate his position if he was elected.

During the campaign, I challenged these leaders, saying that there was no way they could call themselves pro-life and yet vote for Joe Biden.

After all, on July 6, 2019, the New York Times ran the headline, “Joe Biden Denounces Hyde Amendment, Reversing His Position.”

And the Democratic platform plainly states, “We will repeal the Hyde Amendment, and protect and codify Roe v. Wade.”

Yet when the president’s COVID-relief package was put forward without reinforcing the Hyde Amendment, these Biden-supporting evangelicals were shocked:

“We feel used and betrayed and have no intention of simply watching these kinds of efforts happen from the sidelines. We call on President Biden to honor his commitment to us and immediately demand that the House of Representatives apply the Hyde language to the American Relief Package.”

Please. This is willful ignorance.

Candidate Biden made himself perfectly clear, and these Christian leaders should have known what was coming. As their homepage announced during the campaign (and in all caps):

My brothers and sisters, you knew this was coming. The president promised it. The platform spelled it out. And the vast majority of those who voted for Biden-Harris wanted them to carry these things out.

That means that the Democratic leaders you worked with, the leaders who assured you things would be different, simply duped you, plain and simple.

Ironically, for all of President Trump’s failings, he did what no other recent president has done, namely, kept his promises to evangelicals and kept his door wide open to them. In fact, to my understanding, a key reason he kept so many of those promises was because of the influence of the evangelical leaders who frequently had his ear. They helped him to do the right thing.

“As pro-life leaders in the evangelical community, we publicly supported President Biden’s candidacy with the understanding that there would be engagement [with] us on the issue of abortion and particularly the Hyde Amendment. The Biden team wanted to talk to us during the campaign to gain our support, and we gave it on the condition there would be active dialogue and common ground solutions on the issue of abortion. There has been no dialogue since the campaign.”

Surprise, surprise. And in this case, I don’t mind saying that we told you so in advance. These are grave matters indeed, and that’s why our warnings were grave as well.

Had you simply stated that, in conscience, you could not vote for Trump and were voting for a third party candidate, I would have respected that. Had you simply emphasised the need for Christians to engage in pro-life work on the grassroots level, I would have added my amen.

At a townhall meeting one month before the elections, candidate Biden said that should the Supreme Court overturn Roe v. Wade, “the only thing, the only responsible response to that would be to pass legislation making Roe the law of the land. That’s what I would do.”

As for Vice President Harris, she is the most radically pro-abortion person ever to sit in the White House. And yet, with full knowledge of who she was, you helped empower her, to the point of being one heartbeat away from the presidency. What on earth made you feel her administration would suddenly change?

One of the leaders of this coalition, Richard Mouw, wrote:

“Right now we feel like the best thing that we can advocate is not to lose the restrictions that we already have, and we felt betrayed. Furthermore, they did not give us a heads up on this, there was no sense of accountability to evangelicals and Catholics who took a lot of risks in saying publicly that they were going to vote for Mr. Biden.”

To repeat: yes, you got used, big time, tragically so. And this only highlights why calling yourselves “Pro-Life Evangelicals for Biden” was oxymoronic from the start.

“I don’t understand where he’s going with this… why he would be so open now about wanting to dump the Hyde Amendment language which for many of us was a boundary that we don’t want to cross.”

Really, words fail here. You don’t understand where he’s going? With all respect, Prof. Mouw, he’s going exactly where he said he would be going in order to get the support of his party. To the radical left.

The Hyde Amendment language was a boundary you didn’t want to cross? By voting for Biden, you crossed that boundary. In fact, you helped push the whole nation across that boundary. And, quite likely, things will only get worse from here under this current administration, although we fervently pray that it will not be so.

At this point, I would encourage you to: 1) Ask God’s forgiveness for helping empower this radical, pro-abortion agenda. 2) Reach out to pro-Trump evangelicals and Catholics to rebuild bridges and find common ground. (Yes, that rebuilding has to go both ways. Humility is required from all.) 3) And then, as one, to unite in transcending the political parties and, once and for all, turn this nation to embrace the sanctity of life.

Let the sense of shame and betrayal you are feeling turning into life-giving repentance.