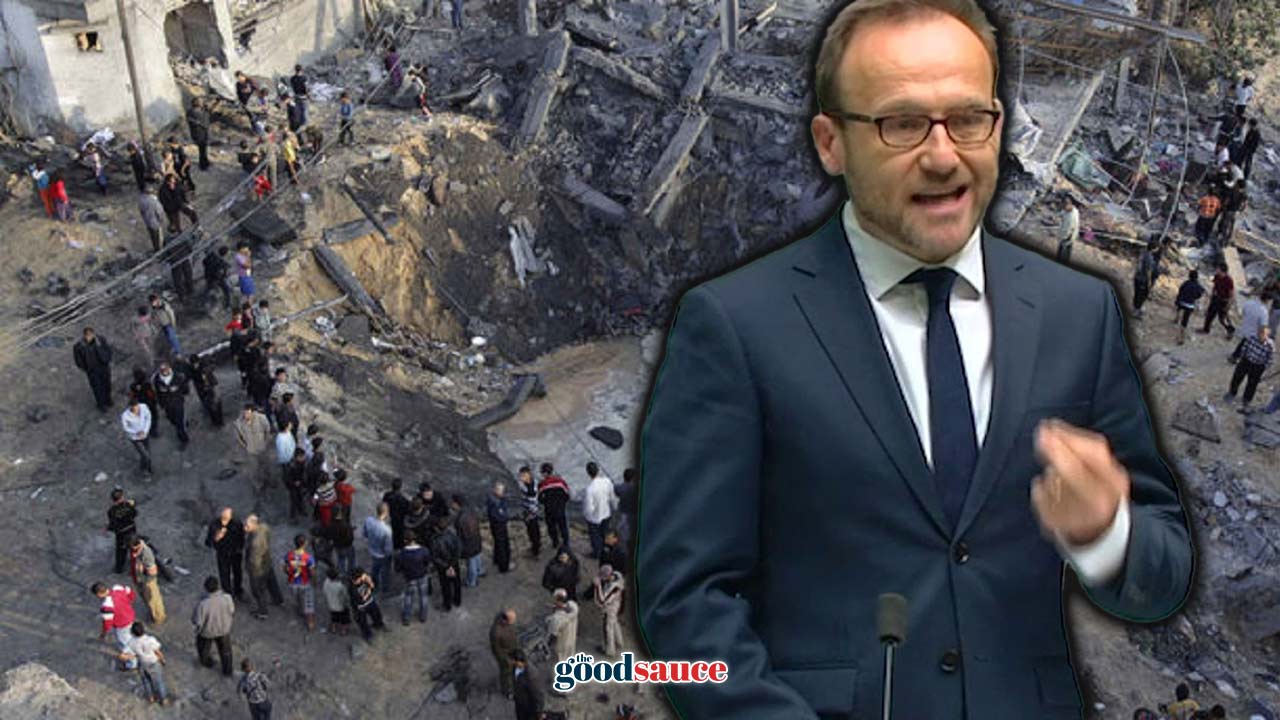 Thank God for the Israeli-Palestinian conflict, without which progressives in the West would not have the opportunity for moral preening from a safe distance and at somebody else’s expense.

As terrorists in Gaza launched thousands of rockets at Jews this month, promoting a swift and brutal response from the Israeli Defence Force, our enlightened progressives did not miss the chance to parade their superior virtue.

From the safety of their inner-city cafes in London, Paris and Sydney – a million miles from the terror in Tel Aviv where Jews huddled in bomb shelters as Hamas reigned down missiles upon them – our progressives opined about limiting the response of those attacked to what they would consider “proportionate”.

Come on, say it slowly with me – “proportionate”.

How easily it rolls easily off the tongue from a coffee shop in London or from an ABC studio in Ultimo.

If Hamas kill three Jews, it would be appropriate for the Israeli Defence Force to kill one terrorist and, if they must, two Palestinians being used as human shields.

That would be “proportionate”.

Or, for example, If Hamas kill 50 Jews, then presumably it would be permissible for the IDF to kill seven Hamas thugs cowering behind 43 human shields. Or, if they preferred, 15 Islamists trying to blend in among 35 of their nearest and dearest whom they just love to death.

The numbers probably don’t need to be exact, but you get the idea.

Now, of course, our moral betters likely understand that it is difficult for the IDF to limit casualties on the other side since, as we have already said, the other side purposely hides among civilians. And this results in a lopsided scorecard.

The problem, though, is easily rectified with just a little creative thinking from the Jews.

If the number of kills starts to become a little too uneven in favour of Israel, the Jews could simply switch off their missile defence system until enough of them are killed by Hamas for the death toll to even itself out.

And then we would have proportionality which according to our cultural elites – whose only pressing concern is that sea levels might rise a fraction at some point more than a hundred years from now – would be a very good result for all concerned in the Middle East.

Of course, by this logic, the United States should have reacted to the attack on Pearl Harbour by taking out a couple of Japanese ships – and left it at that.

But does anyone imagine that a “proportionate” response to Japanese aggression would have resulted in peace?

How is there to be peace in the Middle East when one side is screaming “death to Israel” while the other side is forced to contemplate “a proportionate response” in the “court of world opinion”?

Such questions are not for our progressives who are too busy enjoying the comfort of opinion to be distracted by the discomfort of thought.

If progressives spent less time insisting that they were on the right side of history and, instead, learned some actual history then they would know that the Americans responded to the bombing of Pearl Harbour by declaring war on Japan and, ultimately, dropping a couple of nukes in order to win the peace.

It was as effective as it was disproportionate.

No, I am not suggesting that Israel nukes Gaza. I am most certainly suggesting that our cultural elites don’t care a bit about what is, or is not, effective in the Middle East.

Their real purpose in calling for “a proportionate response” every time Hamas launches an attack seems to be to display how fair and equitable and enlightened and reasonable they are – not from a bomb shelter in Israel where they cower with their family, but from the safety of the progressive West where they are cheered on by Twitter.