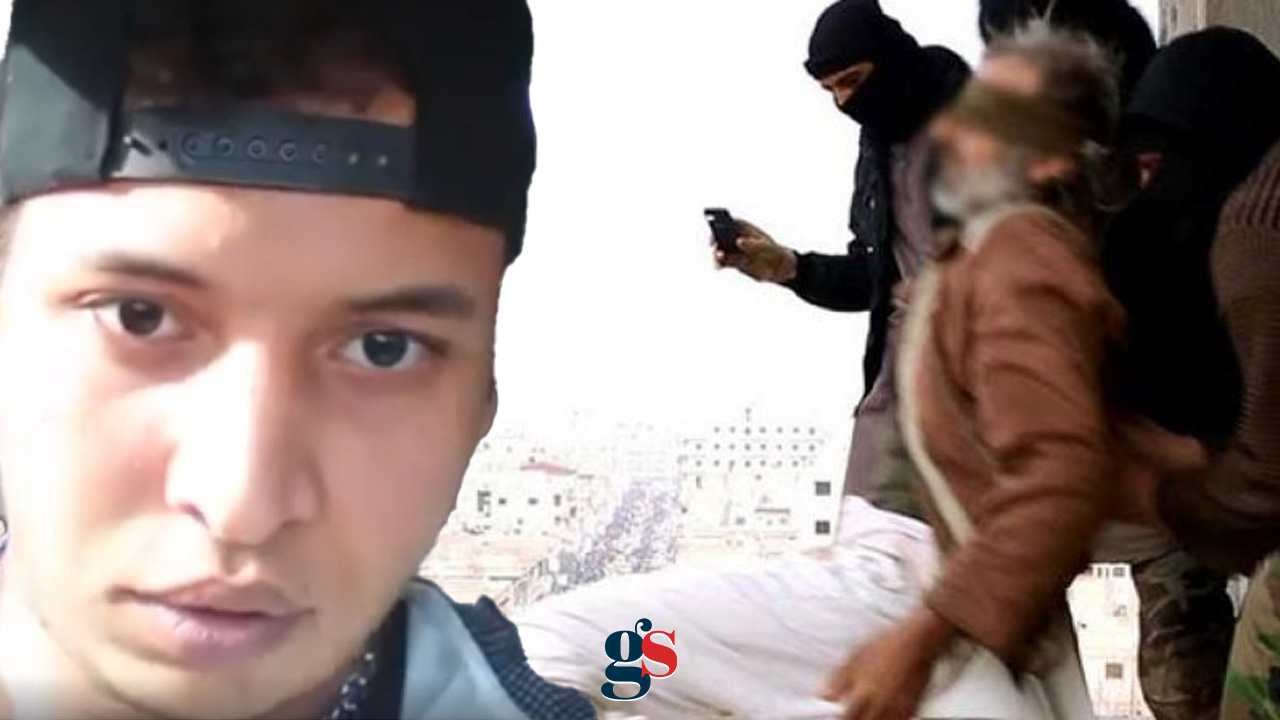 I’m amazed at how some news items disappear as quickly as they arrive – and it’s rarely by accident.

If you coughed you may have missed news last month that three Brits had been stabbed to death in broad daylight by a Libyan refugee yelling “Allahu Akbar”. It later emerged that the dead, killed as they socialised in a Reading park, were all homosexuals.

A UK stabbing incident that left three people dead and several injured is declared a terrorist incident by police https://t.co/1w0rkNjUzL

UK stabbing incident. Kind of like that New York jet plane incident back in September of 2001.

“Stabbing incident” imagines the 13cm knife found at the scene had suddenly become animated and, flaying about, randomly caught three homosexuals on its sharpened tip.

I’m old enough to remember when three Brits slaughtered by an Islamic jihadist as they picnicked in a local park elicited more than a weary shrug of the shoulders before being promptly forgotten.

But forgotten it was.

The world immediately dismissed it – like a virus in a Wuhan wet market – as just one of those things that happens from time to time.

Even the gay media socially distanced themselves from the attack.

Immediately after the slayings, UK gay news website Pink News featured three articles criticising children’s author JK Rowling for a thought crime against trans men; but had nothing to say about gays being executed for being gay.

This is one of the reasons I despise identity politics. It cares about individuals only so long as they are useful in leveraging political power. But it was politically inconvenient to talk about an Islamist carving up gays with a kitchen knife. So instead they enthused about the rights of men to go under the knife to become women.

British police issued a public order: “Out of respect for those deceased … please do not circulate footage (of the dead) on social media”.

Without footage of the deceased lying in pools of their own blood on the lawns of Forbury Gardens, politicians and the media could maintain the fiction that it was a ‘mostly peaceful’ jihad.

LGBT rights charity Stonewall UK told their 200,000 twitter followers: “Our thoughts are with those affected by the attack in Reading on Saturday. It’s heartbreaking to hear two of the victims were LGBT. But we can’t let Islamophobic, racist and xenophobic rhetoric be used to divide us. We must stand together to make progress.”

Our thoughts are with those affected by the attack in Reading on Saturday. It’s heartbreaking to hear two of the victims were LGBT. But we can’t let Islamophobic, racist and xenophobic rhetoric be used to divide us. We must stand together to make progress.

I was fascinated to read that “the victims were LGBT”. I’ve known Ls and I’ve known Gs. I’ve known people who claimed to be B (we all knew they were Gs in denial) and a couple of Ts … but I’ve never known anyone who went the full acronym!

But more to the point, you just know it’s going to be bad when a tweet about a triple murder has the word “but” in the middle of it.

When gay rights campaigners eulogise you with “killing gays is bad but talking unkindly about Muslims is way, way worse”, you really have been bent over.

Q News reported that “after the men were identified, mourners gathered outside the pub for a minute silence and played Somewhere Over The Rainbow”.

Islamists kill and Westerners respond with a fabulous tune from The Wizard of Oz. That’ll show ‘em.

If the victims had been straight, mourners would have sung “Imagine”. But Over the Rainbow seems more apt.

The song was made famous by Judy Garland who, as Dorothy, muses to Toto that there must be a safe space.

“Do you suppose there is such a place, Toto? There must be. It’s not a place you can get to by a boat, or a train. It’s far, far away. Behind the moon, beyond the rain…”

It’s certainly not in Britain. Even the Scarecrow knew that.

Reading Pride co-founder Jamie Wake said, “I wish I could stand here and say I can make sense of the senseless. Sadly today, like many others, I can’t.”

For every jihadist there are a thousand Jamie Wakes who are so woke as to be unable to make the connection between gays being thrown from buildings in Islamist nations and gays being stabbed to death by an Islamist just up the road.

“Someday I’ll wish upon a star,” he sang with fellow mourners.
“Wake up where the clouds are far behind me
Where trouble melts like lemon drops
High above the chimney top
That’s where you’ll find me, oh.”

He told Q News: “We become so used to seeing incidents like this on the television. This time, we cannot change the channel.”

But change the channel we must. Because police don’t want anyone viewing the carnage and the media have moved on to concerns about Islamophobia before the blood has dried.

Reading Council leader Jason Brock “promised a permanent memorial where people can pay their respects to the victims”.

This is the well-rehearsed role of local officials. They won’t promise action to ensure you can enjoy a summer’s evening in the park without being all jihaded. But they can promise those who survive you will have a place to mourn.

Bishop of Reading Olivia Graham told mourners: “You know, we still can’t believe that this has happened. This is the kind of thing that happens in other places …”

The UK’s Interior Minister Priti Patel lit a candle at the vigil since that was easier than actual policing to stop Islamists like Khairi Saadallah.

“What we saw here on Saturday evening in Reading was the actions of one lone individual,” Ms Patel said. “The security services have records on thousands of people and rightly so,”

Ah yes. Thousands of lone wolves who under no circumstances are to ever constitute a pack.

The stabbings in Reading were “the actions of one lone individual” in the same way that bombs dropped on the UK during the blitz were all dropped by lone individuals.

Neil Basu, the national head of Counter Terrorism Policing told ABC news: “We must be vigilant to the ongoing threat. If you see any suspicious activity, don’t hesitate to act – report it.”

Except that Khairi Saadallah had been briefly “on MI5’s radar” last year before being dismissed as a blip.

Jonathan Hall, the Independent Reviewer of Terrorism Legislation, whose job is to inform UK public debate on security laws (except that no debate is allowed) told the ABC that Khairi Saadallah may have been “suffering from poor mental health”.

So you’re not allowed to say anything that might imply certain people like to kill infidels, since that would unfairly stigmatise an entire group, but you are allowed to suggest that people prone to depression are likely to go on a stabbing spree because victimhood pyramid.

The ABC concluded its report by helpfully noting that “the attack was reminiscent of some recent incidents in Britain that authorities also called terrorism”.

For the media, every lone wolf attack is vaguely reminiscent of a recent unrelated incident that will not divide us because mental health religion of peace we’re all in this together somewhere over the rainbow click change the channel.