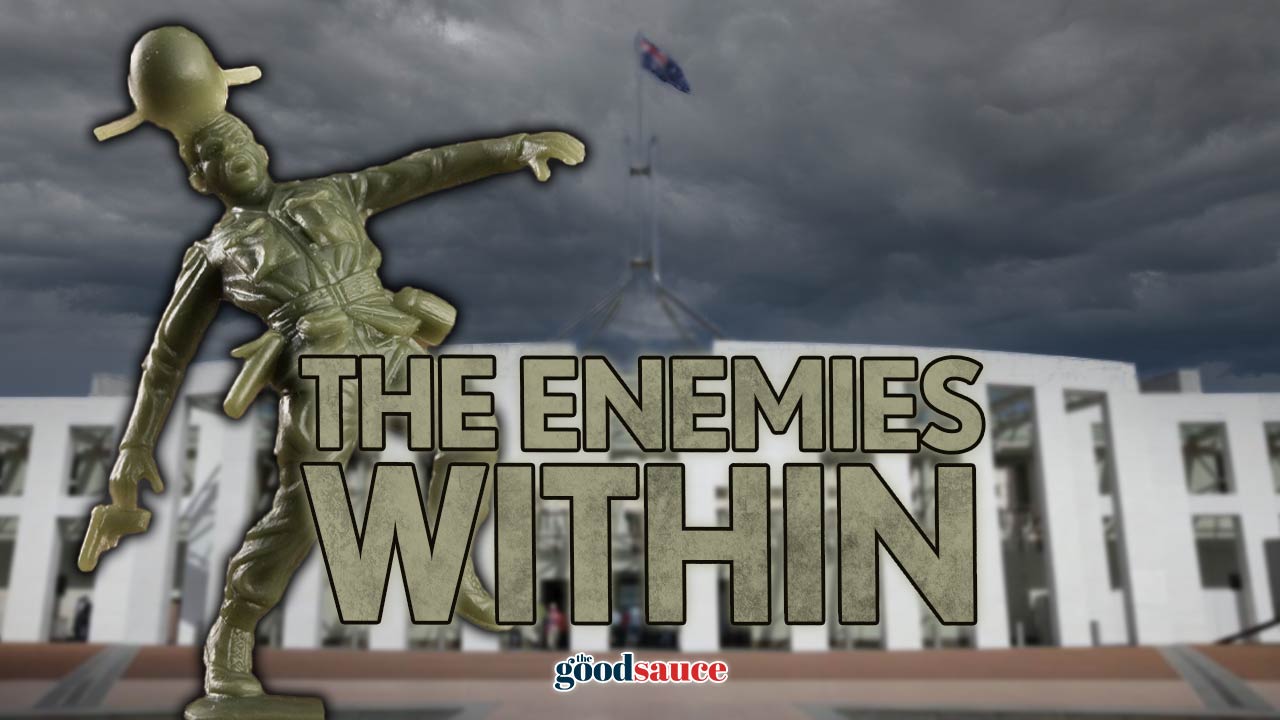 The drums of war are indeed beating. And it may well be that Australia will again be sending her warriors overseas.

These are ‘brutal truths’, notwithstanding. Canberra’s denigration of our soldiers’ ancient ‘warrior culture’. After all, is it still not the aim of the army to kill the enemy, and to accept for themselves, as Pericles said ‘joyfully’, the risk of death?

The problem is too many politicians have for too long seem determined to damage morale. Thus in 2007, as a result of legislating to centralise prosecutions in Canberra, criminal action was launched by the Director of Military Prosecutions against three soldiers for what seemed no more than the act of returning fire. A military judge threw that one out.

With the unwise decision to publish even an edited version of the Brereton Report before any prosecutions were opened and worse, to comment approvingly on it from the Prime Minister down, our veterans lost the presumption of innocence.

It is fortunate that we have at last a Minister of Defence, Peter Dutton, who has as his mission not the fulfillment of the latest follies dreamed up by the far Left, the neo-Marxists, but the first of Canberra’s obligations, the defence of this Commonwealth.

By overruling the detested decision to strip meritorious unit citations from special forces soldiers, Dutton is in the process of restoring their right to the presumption of innocence .

His next step should be to impose a strict prosecutorial time limit. After all, from those in the media and politics who so lavishly supported the report’s conclusions, the cases are watertight and thus must be almost ready. So any prosecution not begun this year should not proceed. Or as more years go by, are even more veterans to be driven to suicide? And are the politicians determined to ensure that few will enlist?

The Minister should also shred the outrageous contract to redesign France’s nuclear submarine as a conventionally-powered variant to be delivered decades hence. The enemy is unlikely to wait and will be unimpressed by our clinging to old technology.

And while the Prime Minister is to be congratulated for finally standing up to Beijing, more has to be done. Going to the WHO about the origins of the Wuhan virus was, as argued here, a mistake. We should have proposed to President Trump the setting up of an international tribunal of key powers to hear the matter urgently. Any damages unpaid could be taken from assets under the ultimate control of the Chinese Communist Party.

As to war, Beijing would realise the best time to act is while Biden is in office. Once again, take no notice of what Biden reads from his teleprompter. Look at what he has done and not only the many Obama-Biden appeasements but also how Biden Family Inc sold Beijing access and influence into the very heart of Washington.

While Defence is in now good hands, Education, constitutionally not a federal responsibility, has become even more of a disaster than it was last week. Judging politicians by what they do and not what they say, the conclusion even more must be they really despise the young. Their creature, the curriculum ’authority’, proposes changes which will only ensure that with one of the world’s most expensive education systems, the fall in our students’ international ranking will only accelerate.

But Minister Tudge thinks they’ve done a ‘good job’. Instead of abolishing the ‘authority ‘ as respected expert Professor Wiltshire demands, he has put up the white flag claiming its ‘not realistic’ to try to reach Singapore’s standards ‘this round’. Despite our never-Trump commentariat, yet again Trump had the answer. Instead of a centralised and inevitably far Left influenced curriculum, ensure school choice for all through charter schools and vouchers.

Australians it is time to take back your country. For information on this, sign the petition.