Is religious freedom coming out of lockdown? 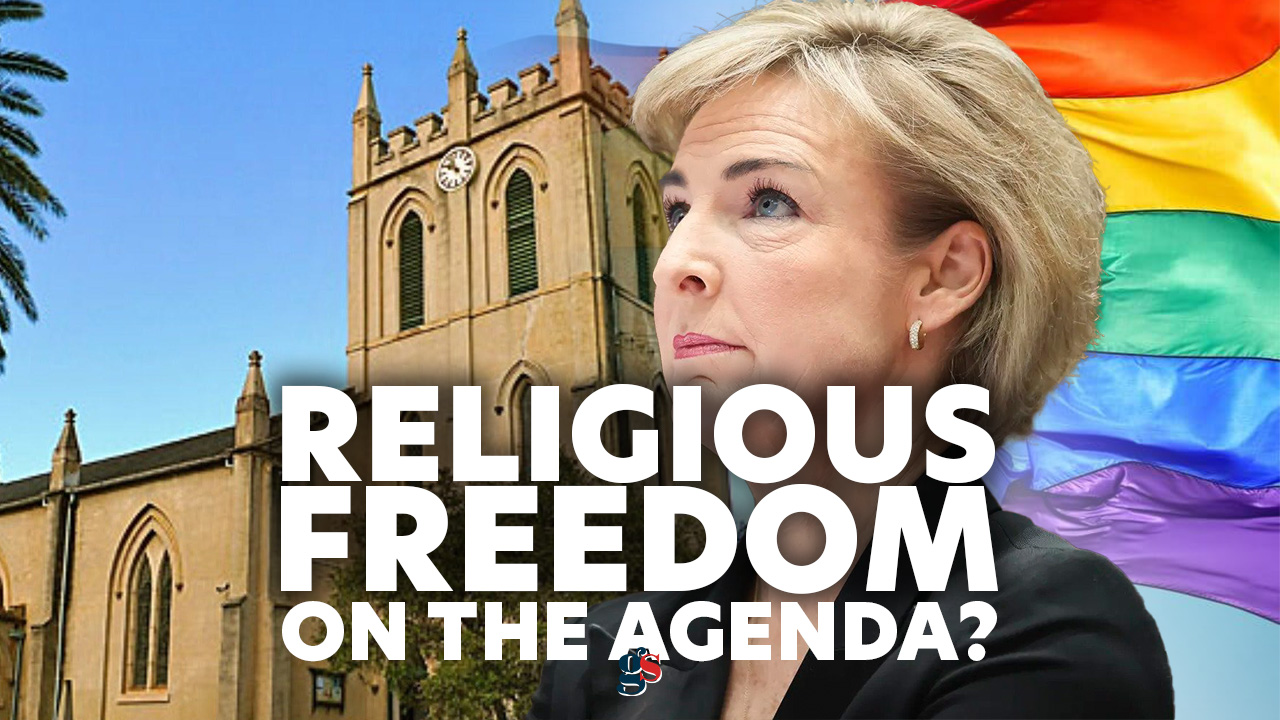 A fundamental human right is back in the spotlight.

The Morrison Government’s Covid pause on progressing freedom of religion appears over with reports the Attorney General Michaelia Cash has begun meeting with stakeholders.

This is good news for Christians who have watched a wedding magazine close, Israel Folau lose his job for quoting the Bible, parents have a child just taken from them, Christian foster parents banned and Christian schools dragged into expensive legal disputes – all by LGBTIQAXP+ political activists.

In addition, I am being sued by two LGBTIQAXP+ drag queens for asserting that gender fluid and adult entertainer drag queens reading to children in public libraries are dangerous role models.

There are other cases I could cite, including that of former Army Major Bernard Gaynor who has been subject to long-running vexatious litigation by the homosexual activist Gary Burns under flawed NSW anti-discrimination law.

Groups like the Australian Christian Lobby and Freedom for Faith have reactivated their campaigns to try and have religious freedom resolved before the next federal election, due in May 2022.

With talk of an early election, this might not be achieved. If not, it must be made an election issue.

Religious freedom protections are of course the unfinished business of the 2017 same-sex marriage plebiscite.

Australians voted in favour after the leaders of the Yes campaign repeatedly promised no one else’s freedoms would be affected and that children would not be indoctrinated into radical LGBTIQAXP+ gender fluid ideology at school.

These promises were of course lies, as the last three years have shown in spades.

In August 2017, Howard called on his Liberal Party colleagues in the then Turnbull government to protect religious freedoms before same-sex marriage was introduced.

They didn’t listen.  But after pressure mounted, Turnbull reluctantly set up the Ruddock Commission to investigate religious freedom during the dying days of the plebiscite.

After an arduous process, fought every step of the way by anti-freedom LGBTIQAXP+ activists, the result was a Religious Discrimination Bill produced by the then Attorney General Christian Porter.

Sadly though, Koziol continues to frame the debate in terms of Christians wanting religious freedom to beat up on gays.

This is, of course, not true.

Freedom is about tolerance and equal rights for all, not just for some.

Christian schools, churches and organisations should be free to discriminate positively in favour of staff and students who share their ethos.

Putting aside LGBTIQAXP+ issues for a moment, freedom of religion and freedom of association, once fundamental rights of free people in the West, mean that groups should be allowed to protect who they are.

The Greens political party, for instance, is allowed to dismiss an employee who is an advocate for the coal industry.

That is just common sense and no thinking person would expect otherwise.

Similarly, Christian parent communities who support Christian schools should have the right to have their children educated in an environment that supports their view of human flourishing when it comes to family formation and appropriate sexual conduct.

The same goes for their views on the biological and scientific reality of gender.

The same-sex marriage plebiscite combined with on-going LGBTIQAXP+ political activism has put unprecedented pressure on freedom of religion and freedom of speech in Australia.

This is why the Morrison Government must make good on its promise.

If a student or staff member, gay or otherwise, conducts themselves in a way contrary to the religious ethos of a religious school or organisation, that organisation should have the freedom to act to preserve that ethos.

It is not the human right of individuals to join religious organisations, knowing their ethos, and then seek to undermine them.

If you love coal, don’t join the Greens.

If you think the values of the Mardi Gras should be celebrated in a Christian school, you are actually showing intolerance and disrespect for that faith community.

To frame seeking to preserve a Christian ethos as about expelling gays or sacking gay teachers is simplistic and misleading.

Again, sadly, LGBTIQAXP+ political activism seeks to define and punish as bigotry any view of the world that does not openly celebrate theirs.

Again, that is not tolerance, it is intolerance.

It is certainly not loving.

If we are to have a sensible debate about freedom of religion and tolerance in modern Australia, the Sydney Morning Herald headline writers are going to have to do better than service up the talking points of LGBTIQAXP+ protestors.

At a small protest in Sydney yesterday, activists branded the Morrison Government’s religious freedom bill and the one introduced into the NSW Parliament by One Nation Leader Mark Latham as part of a “right wing backlash”.

Concern for religious freedom is not a “right wing backlash”, it is actually a human right.

LGBTIQAXP+ activists might have misled the Australian people into redefining marriage, but they must not now be allowed to redefine human rights to suit themselves.

Let’s hope Minister Cash can see through the fake news reporting that is being served up to the Australian people.

Lyle Shelton is National Director of the Family First Party. He started his career as a rural journalist before being elected as a member of the Toowoomba City Council and serving the Australian Christian Lobby for 10 years, half of that decade as ACL's Managing Director. He was a Director and spokesman for the Coalition for Marriage during the 2017 postal survey campaign which resulted in the legal undefinition of marriage. He also blogs here.