Prince Andrew: Yet another ‘silver bullet’ for fake republicans? 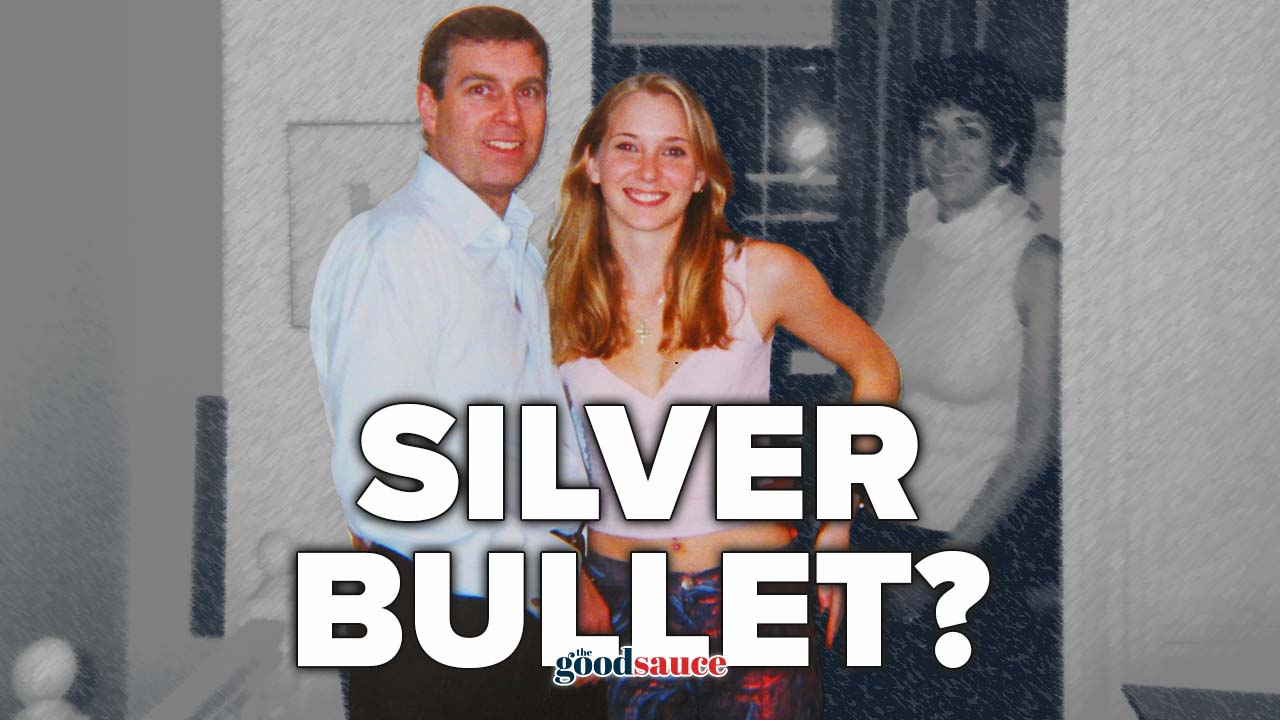 On 3 August 2021 , Virginia Roberts Giuffre, an alleged victim of the sex offender Jeffrey Epstein, filed a lawsuit against Prince Andrew in the Federal Court in New York.

Ms Giuffre now resides in Australia. She accuses Prince Andrew of sexually abusing her at Jeffrey Epstein’s mansion in Manhattan and at other locations in 2001 when she was 17.

Alleging she ‘was compelled by express or implied threats by Epstein, [Ghislaine] Maxwell, and/or Prince Andrew to engage in sexual acts with Prince Andrew,’ she says she ’feared death or physical injury to herself or another and other repercussions for disobeying Epstein, Maxwell, and Prince Andrew due to their powerful connections, wealth and authority’.

She also claims the prince knew she was a sex-trafficking victim and that she has suffered – and continues to suffer – “significant emotional and psychological distress and harm”.

Prince Andrew has ‘absolutely and categorically’ denied having sex with Roberts and Buckingham Palace has called the claims “false and without foundation”.

This is not a criminal prosecution. It is a civil claim with Ms Guiffre as plaintiff. Prince Andrew is under no obligation to answer the claim or to attend any hearing. If he does not defend the plaintiff’s lawyers will no doubt seek a judgement by default.

This case will no doubt be used by desperate so-called republicans to support their push for a politicians’ republic, just as they did over his 2019 BBC interview.

Janet Albrechtsen (The Australian ‘Prince Andrew will be the royals’ undoing’ 19 November 2019) led the charge then. This should  make  Australians wary; her campaign to bring down John Howard was followed by the Rudd-Gillard-Rudd disaster; her strong support for Malcolm Turnbull over Tony Abbott was followed by more wasted years.

“God save us. Because nothing will save the royal family. Not after Prince Andrew’s stinking interview on the BBC on Sunday. In an hour of astonishing television, a senior member of the royal family showcased why the Windsors will not survive as an institution in the 21st century.”

In her rage against the ‘useless’, ‘grating’ and ‘entirely reprehensible’ members of the royal family, she says British taxpayers can’t be expected to pay for ‘this mob’ much longer, repeating an untruth pushed by almost all of the media.

The fact is the royal family is self-funded, subsidising taxpayers by paying an effective flat rate tax reduced to 75 per cent. As for Prince Andrew, he is one of those remaining few who have been prepared to lay down their lives for their country. He served in the Falklands War.

Yet to Ms Albrechtsen he’s no more than ‘a supercilious boorish nob’ who imagines he can ‘wangle’ his way out of this ‘most dishonourable scandal’.

Prince Andrew was indeed naive to think that he could reason with a snarling media pack with the scent of blood up their nostrils. To dissuade them from applying the #MeToo principle was always going to be impossible. This now overrides the presumption of innocence. In its place we have guilt by accusation, especially when the accused is white, male and heterosexual. Add ‘royal’ and redemption is almost impossible in these circles.

The Prince would have been well-advised to have done no more than deny the accusations from Ms Guiffre. But now that she is suing him, he could do what the celebrated American lawyer Professor Alan Dershowitz did when Ms Guiffre also accused him: he counter sued her.

Professor Dershowitz was able to demonstrate quite brilliantly that not one of the seven instances of alleged sexual relations could ever have happened, as he reveals in his 2019 book Guilt by Accusation.

Relying on her own employment records and her own statements, Professor Dershowitz establishes that Ms. Guiffre was close to nineteen and not under-age when she says Epstein asked her to ‘entertain’ friends.

These facts have had no effect on the media pack for whom guilt by accusation is as set in stone as were the Ten Commandments Moses brought down from Mount Sinai. As Professor Dershowitz reveals, although he has more than established his innocence, he is being punished in his academic activities for daring to do so.

Nor should anybody take any notice whatsoever of the American lawyers involved. Those lawyers are doing what I was taught at law school to be grossly unethical, receiving a percentage, no doubt generous, of the many millions they hope to recover. And in another corruption of the civil justice model inherited from the British, American lawyers can make no-risk offers to potential clients. This is because costs are not normally awarded against losing plaintiffs.

As for the suggestion that all of this is grounds for changing our Constitution, not only is this foolish, but it is also just not the right time to push this again.

The Constitution is designed not to be changed until, as two of the Founders observed, it is clearly ‘desirable, irresistible and inevitable.’

And it is not as if our mainly republican politicians are so competent they can afford yet another distraction from the urgent problems they alone and not the climate have created – their failure to harvest water. They are doing to agriculture what they’ve already done to fishing and manufacturing, giving us among the world’s most expensive electricity, leaving us defenceless, running down educational standards and mismanaging immigration. Then there is their mismanagement of the Wuhan virus.

But if the republican bandwagon were to go ahead, the mainstream media would not be able to resist jumping aboard, thus crowding out reporting on other important issues.

In any event, Australians have already said ‘No’ and did so in all states and 72 per cent of electorates. The reason was they smelt a very big rat. The Australians for Constitutional Monarchy slogan ‘Say No to the politicians’ republic’ did not so much change their minds; it confirmed what they were already thinking. And when Australians say ‘no’ they mean NO.

They’ve been asked to vote more than once on nine subjects, on some up to five times. Most involved more power to Canberra. They never once changed their minds. Never once.

Most of these referendums will not be run again. Politicians and activist judges have ensured that. The Constitution has been effectively changed not only without the people’s consent but, what is outrageous and an assault on democracy, against the people’s very clearly expressed wishes.

This explains most of the problems Australia is experiencing today. To reverse this outrage and stop it happening again should be at the very top of the constitutional reform agenda, not another fake republic.

And as for Prince Andrew, he must now realise it is pointless to try to reason with an out-of-control media pack.

What he must not do ― and no doubt will not do — is go near the United States. Just ask Conrad Black on the way the US justice system can be used to punish the innocent.

As I mentioned above Prince Andrew could sue, although I would not recommend it.

But if he were to, he could engage no better lawyer than Professor Dershowitz.

You can buy Prof Flint’s book here to learn more.