The Main Reason Christians Are So Divided Over Politics 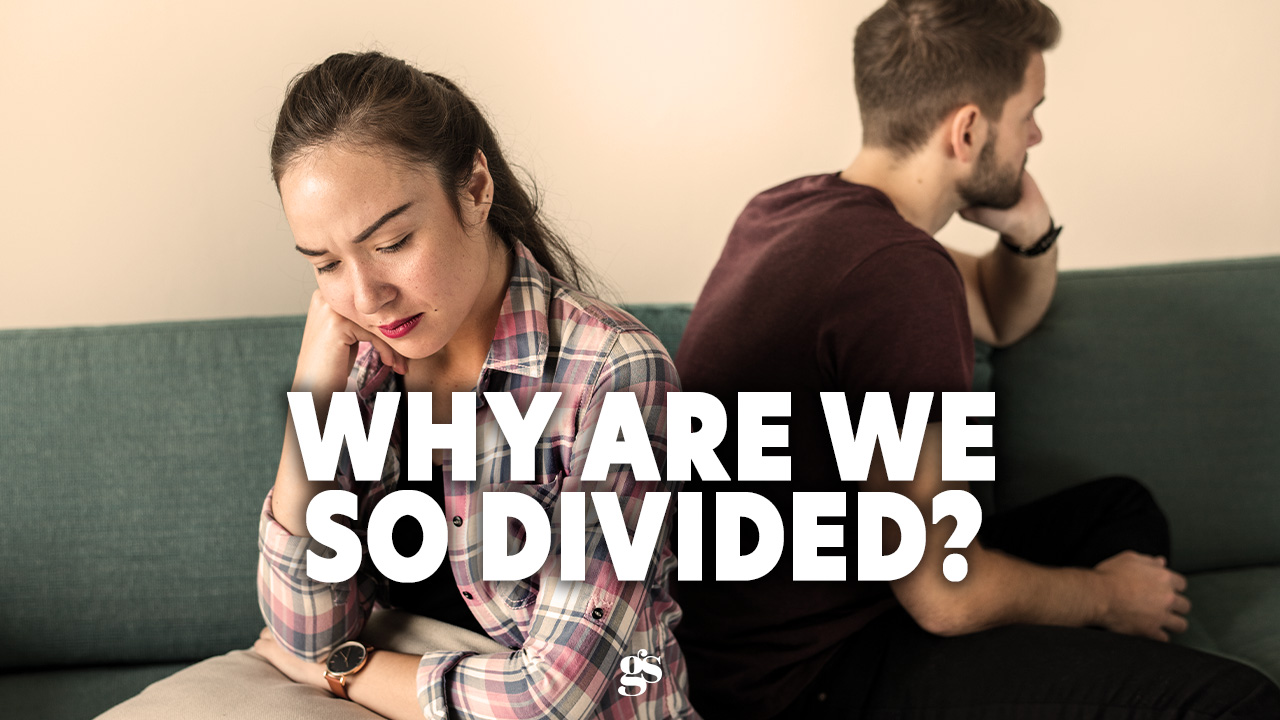 It’s obvious to us all: Christians today are deeply divided over politics. This growing rift is hurting friendships, families and whole churches, as believers disagree on how Christian concerns should best be voiced in the public square and at the ballot box.

At one level, this is a predictable reflection of events taking place in the West more broadly. Recent studies indicate that the level of political tribalism in the U.S. is reaching levels seen in Bosnia and Kosovo, or Israel and Palestine. This division cannot help but impact the Christian subculture.

Things are not so serious in Australia. But historically, culturally and via social media, we are closely linked to America. We don’t need to look hard, therefore, to find similar political fractures on home soil.

Many things can influence a Christian’s political outlook. Two worth mentioning are theology and personality.

Influenced by these, a Christian might be drawn to concerns like collectivised welfare, environmental action, or more relaxed national borders. A different believer will find their theology and temperament draw them to a different set of concerns like personal responsibility, national integrity, and limited government.

But I want to suggest to you a more immediate influence on a Christian’s political outlook in the 2020s — and that’s media trust.

The freedom of the press is a pillar of democracy. Without a free press, governments cannot be properly held to account, and this allows tyranny to take root unchallenged.

What many in the modern world have forgotten is that our Western liberal democracies were originally a Christian project. Many of their features can be traced back to the Bible.

The free press is one example. The role of the media in holding governments to account has a precedent in ancient Israel, where prophets were called to hold Israel’s leaders accountable without fear or favour. This meant giving God’s affirmation when a leader did what was right, or providing sharp rebuke when they acted unjustly.

Since their founding, nations like the United States and Australia had a built-in trust that the press would carry out its function by holding each successive government to account, regardless of its political leaning.

This was because Western cultures enjoyed a strong Christian consensus — and a byproduct of this was a belief that truth is objective, and that the media’s role was to tell the truth as objectively as possible. That didn’t happen perfectly, of course, but the media nevertheless demanded far greater levels of public confidence than it does today.

But as our Christian consensus has withered and postmodernism has flourished in its place, truth is increasingly seen as relative. Today’s crop of editors and journalists swam in a sea of postmodernism at university. As a result, they are much more likely to see journalism as a way to express their own views as “truth” and thereby shape public opinion. Doubtless, many are well-intentioned in doing so.

This has become more pronounced in recent decades, and it was especially obvious in the U.S. during the transition from Donald Trump to Joe Biden as President.

A media that had scrutinised the former president at every turn (one study revealed 94 percent negative coverage of Trump on cable news) quickly switched to praise as Biden took office. “Biden stimulus showers money on Americans, sharply cutting poverty” read one recent headline. “Biden’s historic victory for America” read another — even as Biden’s many foibles have continued to be overlooked.

Former Rolling Stone journalist Matt Taibbi (a liberal), is among those calling out this favouritism — a phenomenon he labels the Sovietization of the American Press. “Coverage of Biden increasingly resembles official press releases, often featuring embarrassing, Soviet-style contortions,” he writes.

Taibbi cites instances where, depending on whether a certain decision was made by Trump or Biden, the American press gave “two opposite takes on exactly the same thing”. One he missed, but that other commentators noted, was the recent switch from characterising the policy-setting at America’s southern border as “Kids in Cages” under Trump, to “Migrant Facilities For Children” under Biden.

Another is the media’s coverage of the 2020 riots in comparison to the January 6th raid on Capitol Hill. The latter was a dark day in American history that rightly deserved blanket media condemnation. What was glaring, however, was near silence from the media during the previous year as 32 people lost their lives and US$1 billion of damage was inflicted in over a hundred American cities. When the press did cover these events, they were pitched as “mostly peaceful protests”.

These examples only highlight what has long been known: American newsrooms are crowded with liberal coastal elites who live in a different world from most of their readers, creating a media echo chamber.

Further evidence of this bias came to light in 2020 as outlets like the New York Times, The Intercept, Vox, thePhiladelphia Inquirer and Variety gagged and even expelled prominent journalists for failing to uphold a narrowing set of political viewpoints.

The situation in Australia is only slightly more nuanced. In a survey of Australian journalists, almost two thirds indicated that they’d vote Labor or Greens, while only 30 percent said they’d vote for the Coalition.

Under the Fairfax umbrella, the bias was even more pronounced: 75 percent of Fairfax journalists favoured a Labor-Greens government, while only 20 percent would vote Coalition. At News Limited, the results were similar: 66 percent favoured Labor or the Greens, while only 27 expressed support for the Coalition.

The bias was most obvious at the taxpayer-funded ABC, where over 41 percent said they’d vote for the minor progressive-left Greens party (a rate four times the national average); 32 percent favoured Labor; and less than 15 percent indicated support for the centre-right Coalition.

Indeed, in a separate poll conducted last year, only 32 percent of Australians felt that the ABC represents the views of ordinary Australians.

All of this to say, when the media reports on politics in nations like the U.S. and Australia, it does so with a deeply entrenched political slant.

I empathise with any Christian who looks to the old guard media as Westerners used to; or indeed as ancient Israel looked to its prophets. We are right to hope for an institution with the resources and integrity to hold our political leaders to account without bias or agenda.

But the simple fact is that this is no longer happening.

That’s not to say legacy media is entirely untrustworthy: their reporting on local events, sports, weather, regional issues and much else besides is of ongoing value to the public. But when it comes to politics, we must listen to these outlets as though they were seeking to influence our views and our vote — because they are.

Because of this evident favouritism, a better analogy for the media in today’s world is Israel’s false prophets — those who had the nation’s trust, but who had traded truth for their own opinions.

The great Francis Schaeffer warned of this as early as 1977:

“When the perspective and the worldview of the elite coincides with some of the influential news carriers — it does not have to be all — then either consciously or unconsciously, the media becomes an instrument for manipulation.”

Let me be clear once more: my point isn’t to judge the intent of journalists and editors: for all I know, they see themselves as brave truth-tellers. But their fruit is what we should examine — and Jesus called for serious levels of discernment when dealing with false teachers and their bad fruit.

In a frightful example of this, a Christian writer recently took as gospel a Sydney Morning Herald article that suggested a conservative Christian conference was planting the seeds for a violent revolution in Australia! If the writer had done his due diligence, he would have discovered that the SMH journalist had not only taken quotes out of context — he also had a track record of expressing deeply anti-Christian sentiments on social media.

I contend that this simply wouldn’t have happened if the Christian writer had a realistic and biblically informed perspective of today’s media.

In short, our political formation needs to be taking place in our churches, not on the internet. We shouldn’t merely be asking how to approach secular entertainment like a Christian — we need to ask, “How do I consume mainstream news like a Christian?”

Like the believers in Martin Luther’s day who had for too long given their unquestioning trust to a corrupt church, numberless Christians today continue to count the legacy media worthy of their trust on political matters. Sadly, they are misguided. If this stronghold can be broken, I believe we will see far greater unity in the body of Christ.