Time to form up the resistance: A book review 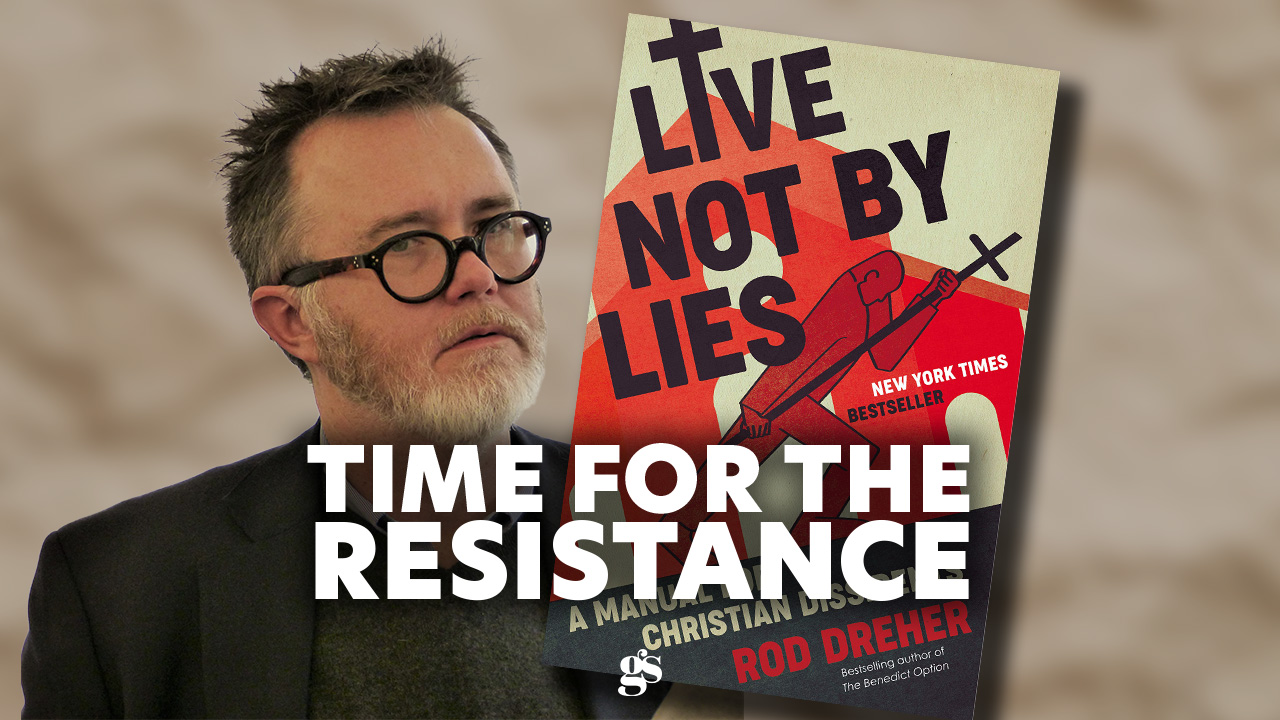 At a time when truth has been exchanged for lies, Rod Dreher’s latest book comes to help us deal with the consequences.

And they are unlikely to be pretty. Persecution is roaring down the tracks, the author of the 2017 book The Benedict Option warns.

Live Not By Lies takes its title from Aleksandr Solzhenitsyn’s parting essay to the Russian people in 1974 as he was booted from the Soviet communist empire.

Had not the former dissident and political prisoner become world famous for his book The Gulag Archipelago, which blew the whistle on the Soviet system of brutal death camps, he probably would not have lived to write those words.

The subtitle of Dreher’s book – A Manual for Christian Dissidents – will be perplexing for many who are oblivious to the fact that there is even a culture war raging around them.

In fact, Dreher states emphatically that Christians have already lost, which is ironic because there has hardly been a fight.

It is time now to prepare ourselves and our children for hard times.

The book is a warning bell clanging loudly.

Sadly, it is a sound heard in few churches and people seeking to live authentic Christian lives are presently unprepared for what is to come.

Chillingly, Dreher was motivated to write the book by survivors of post-World War II European communism who see a gathering storm in the supposedly free West.

In 2015 Dreher was contacted by Dr John Schirger, whose elderly mother Milda Kloubkova Schirger spent six years as a prisoner of conscience under the communist regime in Czechoslovakia.

Milda, who passed away in 2019 at the age of 92, had been part of the Catholic anti-communist resistance.

She was alarmed when she saw Christian catering businesses in the US being pressured by the state to violate their consciences in the wake of the Supreme Court ruling to redefine marriage.

Friends of Dreher’s who had fled communist Hungary in the 1960s told him to take Milda seriously.

For the book, Dreher travelled to Moscow and to several former Eastern Bloc countries speaking with survivors who had been tortured and imprisoned for refusing to bow to the state’s demands that they conform to the new atheistic vision of “the good life”.

Some of these dissidents now preserve the memory of those who were brutally killed for their faith or for dissenting to communism’s totalitarian demands.

While gulags, guns and secret police terrorised Russians and Eastern Europeans up until 1989, today we need to be awake to what Dreher calls a “soft totalitarianism” that could easily morph.

The Berlin Wall might have fallen, but the animus of the political left to the nation state, the natural family and to Christian faith has, if anything, only grown more hostile.

Dreher points out that both communism and today’s political left want all three dismantled.

Just as it was for communism, Christianity is the only world view that stands in their way and that is why it is being persecuted.

And it’s not just happening in Dreher’s America.

In Victoria, Labor’s Daniel Andrews is about to pass a law which mandates a 10-year jail sentence to someone who prays for a person seeking help with gender dysphoria.

Like the ACT which passed similar laws last year, Andrews will also criminalise parents who decline to affirm their gender-confused child.

The church was largely silent through all this.

Dreher’s book hits home for me as I face a legal claim for $20,000 and a court order silencing me brought by two taxpayer-funded LGBTIQA+ drag queens whose feelings I have allegedly hurt.

The same-sex marriage campaign didn’t stop in 2017, it has re-badged as Equality Australia and is now going after the freedoms of Christian schools to employ staff who share the parent community’s values.

Dreher is not crying wolf.

It’s time to wake up.

The Morrison Government has promised religious freedom reforms but the combination of Covid, a hostile Senate and a lack of appetite to prosecute the argument in public means they are stalled with no sign they will be resuscitated any time soon.

We can’t even defend free speech in this country any more as the Abbott Government’s failed attempt to de-fang Section 18C of the Racial Discrimination Act and my drag queen legal case show.

In today’s world of “cancel culture”, Dreher warns that “to grow indifferent, even hostile to free speech is suicidal for a free people”.

We are already at that point and most of us don’t know it.

Dreher learned from the elderly dissidents that the key to surviving is nourishing the spiritual disciplines of prayer and Bible reading.

Then comes family and community, meeting in secret if necessary, and resistance.

But most importantly, Dreher’s book reminds us of Solzhenitsyn’s plea not to cooperate with the lies of the state and our culture.

I’m not quite as pessimistic as Dreher because Australians still have the pub test and the Left are over-reaching.

But I share his sense of urgency. We don’t have long. Churches need to change focus and enter the battle for truth in the public square. That is a sure way to bless our nation and help avoid disaster not just for Christians but for all freedom-loving people.

This is a book every pastor should be reading and encouraging his or her people to read.

We need more dissidents like Milda who refuse to bow to the lies our governments are mandating.