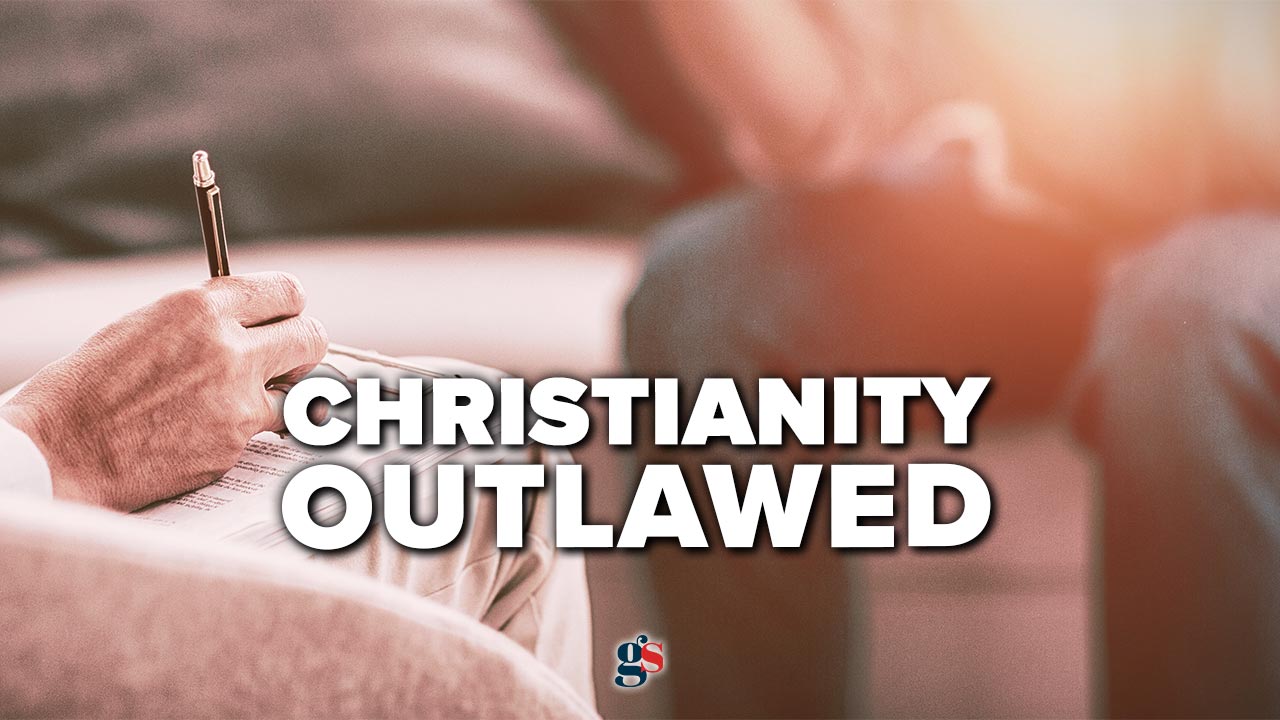 We Are All Criminals Now in Victoria

Christianity has just been declared to be illegal in Victoria

I have said it often enough: Victoria under Dan Andrews and the Labor government is becoming the Antichrist State. And a vote in the Victorian Upper House last night was the final nail in the coffin. There we had politicians formally voting to turn Christians and other concerned citizens into criminals.

And all the media headlines got it wrong. It is not “conversion therapy” that is now illegal in Victoria. It is Christianity, prayer, counsel, biology, common sense, and help for those struggling that is now banned in Victoria. Dare to live out your faith in this Australian state and you can be imprisoned for a decade!

Only nine brave and principled MPs voted against this diabolical bill…

We are now living in an anti-Christian police state run by the most power-drunk political leader in the nation. The Rona has just been one excuse for this man to seek to become dictator for life. And as long as true Christians still exist, he will keep going after them until they are all silenced – whether by being imprisoned or wiped out of all their assets.

That is exactly how serious things have now become. What the prophet Isaiah warned about two and a half millennia ago is now fully upon us: “Woe to those who call evil good and good evil, who put darkness for light and light for darkness, who put bitter for sweet and sweet for bitter” (Is 5:20).

And Victoria is leading the way under the new Nero, Andrews. Heaven help us all as we seek to remain faithful to what is right and what is true while we live in a culture that celebrates what is wrong and what is false.

Living As Outlaws – Life in Victoria

Now that Victoria has voted to criminalise prayer, counsel, and care for those struggling with unwanted sexual attractions – among other things – we are all outlaws. At least those who actually care about other people, want to be able to help others, and want to be able to share truth and affirm things like biology and reality.

For daring to have those qualities, we have been turned into renegades, outlaws and outsiders. The State has declared war on us, and is now on a search and destroy mission. It wants to find every single one of us recalcitrants and lock us up in prison or heavily fine us.

Will this finally be the wakeup call we all need? Guess what folks? The time for playing games is now over. Given that Christians are the main group being targeted here, we need to be aware of what is really going on. We either commit to standing for Christ regardless of the dire consequences, or we renounce our faith altogether and admit it was all just a charade. We must choose now.

And it is times like this where the men are separated from the boys – the wheat from the tares. Already the milquetoast Christian brigade has come out claiming the bill is very specific and limited, and we should not make a big deal of it. Yeah right. These are the same clueless wonders who went along with the militants who promised us that ‘Nothing will change’ when they pushed through the destruction of marriage.

The activists lied of course, and way too many undiscerning and gullible believers went along with it. Now just a few years later Christians who pray and discuss matters of sexuality with those seeking help can be sent to prison for ten years and/or be heavily fined.

A few further thoughts on the way ahead. Some have said that we can turn all this around at the next state election. But this is increasingly unlikely. First of all, it is very hard to undo legislation once it has been passed. But also, consider these facts: Victorians voted Andrews and Labor back into power in 2018 with an increased majority! The Lib opposition was weak as water. Still is, it seems.

And by the time the next election rolls around late in 2022, Victoria could be so far down the tubes by then that an election will offer no hope. And given that only two Libs voted against this deplorable bill, all sensible conservatives and Christians rightly will have to ask: ‘Why in the world should we vote for this mob? They are useless. They are simply pale imitations of Labor and the Greens but with a slightly more free-market approach.’

So the way things are now going, it seems most likely that Labor will once again waltz back into power in two years’ time. Until we get some decent opposition, we are doomed to have this dictator for life. This is an extremely bad situation to be in.

In sum, only a miracle can save Victoria now. Thankfully we Christians do serve a miracle-working God. So we need to pray like we have never prayed before. Only divine intervention will be able to save us at this stage.