‘Saturday Strike 4 Climate’ not as popular as organisers hoped 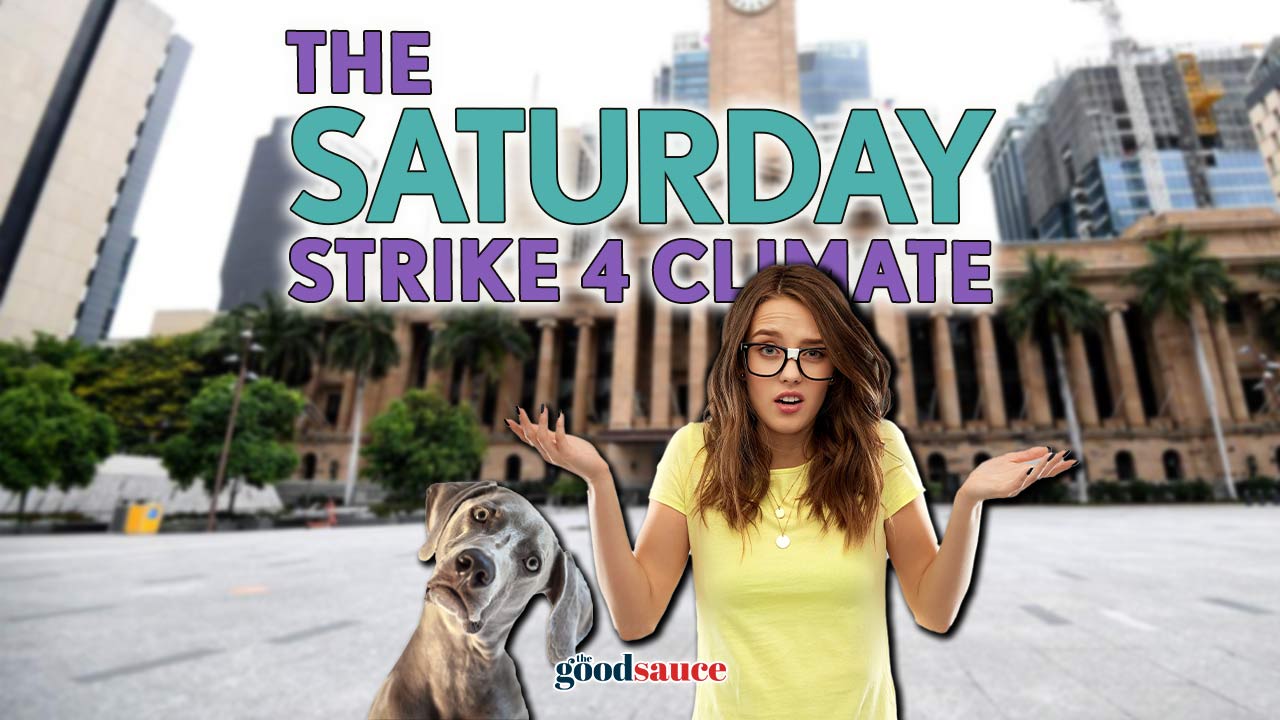 Inspired by the global success of “School Strike 4 Climate”, a group of high school students with no adult organisation, coaching, funding or help of any kind has sought to raise the bar and hold bigger, more effective protests against climate change by holding them on Saturday.
Speaking exclusively with The Good Sauce just hours before the protest was scheduled to start, Penny Wight, one of the small group of student-organisers for “Saturday Strike 4 Climate” was asked why she thought a Saturday protest would attract bigger crowds than those held on school days.

“Well, speaking for myself and the hundreds of thousands of students around the world like me, we can’t even get to the protests on school days because we’re in school, trying to get whatever basic education we can. This way, we can also, someday, claim to be informed about the world we’re trying to change. It’s just not possible to get both a basic education and real climate action unless we protest on a Saturday.

“Sure there’s heaps of kids who just want a day off school and are happy to turn up and chill with mates, but that’s pretty much the care factor for the athletics carnival. It’s an excuse to duck classes and hang, but not many people there really care what’s actually going on either.

We’re calling on everyone who really cares about the decisions educated grown-ups are making about our futures to show up in truly representative numbers which are just not possible on school days.”

Asked about how a Saturday strike could be more effective than the hugely-popular school day strikes, Penny’s enthusiastic colleague, Sarah Panson-Wong explained:

“One of the things we’ve noticed is this government really isn’t taking any notice of us; not in any meaningful way. So we did some reading and discovered the purpose of a strike was two-fold. Firstly, to seriously inconvenience people like employers who were dependent on your showing up for their business to operate. Secondly, to demonstrate the sacrifices you were willing to make such as wages or even food in order to be taken seriously. That’s what a strike is, not just a day off somewhere you only go because you have to.

We believe the school strikes are less effective than today’s Saturday strike because nobody is really inconvenienced by us not coming to school. It doesn’t hurt the people it needs to at all. They have absolutely no reason to care if we’re in school or watching reruns of Summer Heights High on a Friday.

Also, only the adults who already agree with us take us seriously when we’re not really sacrificing anything we value, unlike what we give up on a Saturday. Many of us have casual jobs we need to be at on Saturday, sporting teams that are counting on us, or social lives – which may be the most precious sacrifice anyone could ask any teenager to make.

The “Saturday Strike 4 Climate” is the real thing: it’s us putting our money where our mouth is, so the majority of voting adults can actually take our message seriously.”

Despite these thoughtful students’ best efforts, the turnout was rather disappointing, with no noticeable crowd other than the usual Saturday passers-by. The most pro-environment action seen in the hours The Good Sauce observed the “Saturday Strike 4 Climate” was when a dog on a leash escaped its owner and started humping a tree.

Organisers commented they were not disheartened, but were surprised more students didn’t really care about the climate emergency when it meant even a small bit of inconvenience to them. At the time of this publication, the students were not sure when the next “Saturday Strike 4 Climate” would be held.