Therapeutic Totalitarianism: how governments sell tyranny to the masses 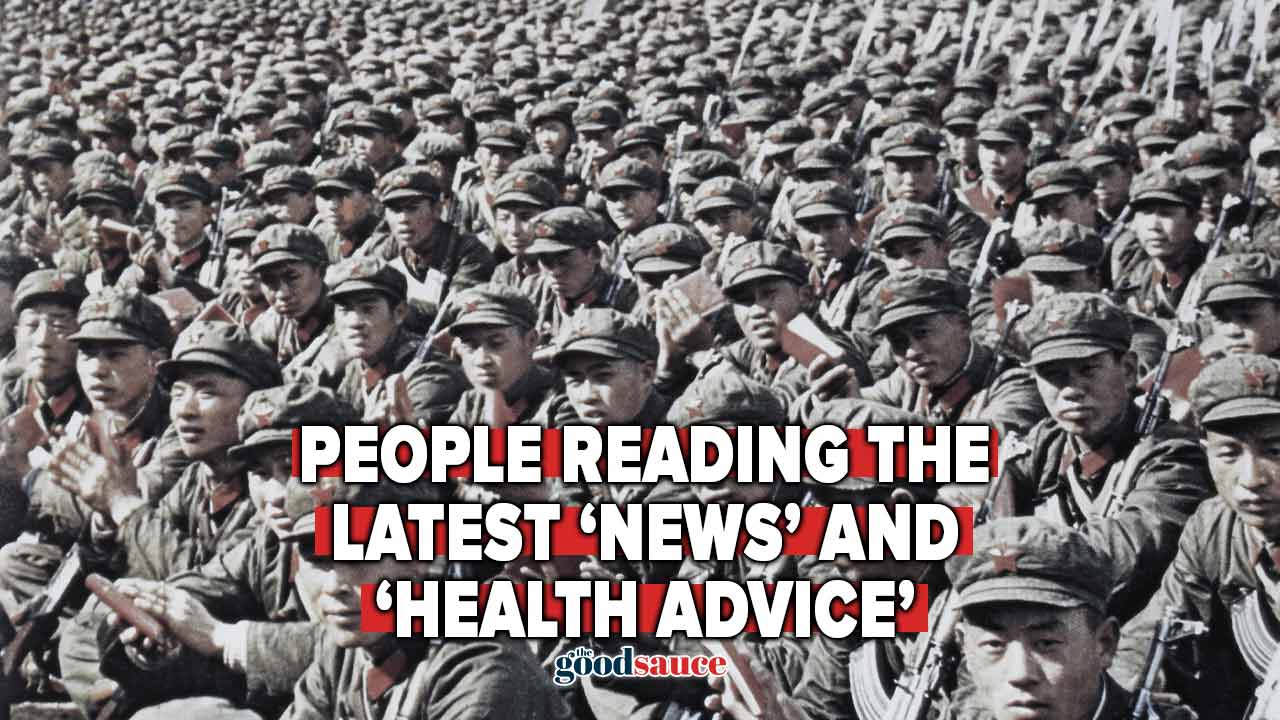 The rise of health fascism – for our own good of course.

If there is anything we have learned with absolute certainty over the past year and a half it is this: power-hungry rulers will use a crisis – or if need be, create a crisis – to keep the masses in complete subservience. They will take away their basic liberties and human rights, but seek to assure them that all this is for ‘their own good.’

Hardcore lockdowns which effectively have made us all prisoners in our own homes has been the go-to response of most governments, even though we have had so many reports and studies making it clear that lockdowns do not work, are counter-productive, and tend to do more harm than good.

But that has not stopped all these politicians who are drunk on power, and it has not deterred the rise of health fascism. In the name of keeping us safe we have seen all sorts of health officials who delight in pushing tyranny on the masses. Consider just two more recent examples of this from – you guessed it – the state of Victoria. The first is this:

The state’s coronavirus ­commander has been slammed for telling Victorians they should “call out” people who have the sniffles – and tell them to get tested. It comes as Victoria recorded one new case of Covid overnight — a primary close contact who was already quarantining during their infectious period.

Covid-19 commander Jeroen Weimar, a former senior bureaucrat at the Department of Transport until July last year, made the remarks on Saturday after noting a trend of decreasing test numbers. The call has sparked concerns from the Australian Medical Association that Victorians will now become “Covid police”, telling people to get Covid tested, even if they have sniffles from allergies.

AMA President Dr Omar Khorshid said there were “certainly other reasons” for people to display Covid-like symptoms such as runny noses, headaches and allergies. “We are reluctant to encourage people to be Covid police – and if everyone does the right thing there will be no need to intrude on other people’s privacy,” he said. Yesterday Mr Weimar controversially said people should ask strangers if they have been tested if they were “walking around ­sniffling”.

And if that were not bad enough, check out this second case of Covid tyranny:

State of emergency laws have been active in Victoria since last March as the legal instrument that allows authorities to enforce a range of public health commands, including lockdowns, mandatory mask wearing and 14-day quarantine. Human rights lawyers and opposition MPs say the sweeping powers, which are usually reserved for short-term disasters such as fires and floods, do not include enough safeguards to enforce proper government accountability and transparency.

The Age can reveal the government is designing the new laws to cover all future pandemics, not just the coronavirus pandemic. It is intended that they will be in place by December, when the current state of emergency provisions expire, and a first draft is expected within the next two months. The pandemic legislation will be permanently shaped by the demands of three upper-house crossbenchers: Animal Justice Party MP Andy Meddick, Reason Party MP Fiona Patten and Greens leader Samantha Ratnam.

Wow! Covid police and a Covid police state have been the order of the day for far too long now. Any excuse will do to lock us down, strip away our fundamental human rights, and keep us in panic mode. Sadly Victoria has been leading the way here. Now these dictators want PERMANENT police state powers!

The utterly shocking outcome of such measures was vividly brought to my attention by a film on television last night. I had seen it when it first came out, and I watched parts of it once more last night. It sure reminded me of life in Victoria. I refer to the 2004 movie, I, Robot starring Will Smith.

You may recall the story: in a future age, robots are everywhere – in theory to serve and help mankind. They are supposed to adhere to the Three Laws of Robotics:

But things do not go according to plan, and a new batch of renegade robots emerge that turn on man and seek to keep humans imprisoned – keep them in lockdown. And of course these robots tell the humans that these police state measures are for their own good.

I managed to jot down some of the dialogue from these robots. As they were rounding citizens up and telling them to get off the streets, they told them things like this:

“Please remain indoors – this is for your own protection.”

“Please return to your homes.”

“We are attempting to avoid human losses during this transition.”

“You have been deemed hazardous – will you comply?”

And then we have these words uttered by VIKI (Virtual Interactive Kinetic Intelligence), the central artificial intelligence computer of U.S. Robotics:

“You cannot be trusted with your own survival.”

“To protect Humanity, some humans must be sacrificed. To ensure your freedom, some freedoms must be surrendered. We robots will ensure mankind’s continued existence. You are so like children. We must save you from yourselves.”

Wow again. Why was it that every time I heard these robots or VIKI speak, I could not help but think of Dan Andrews and other politicians whose lust for power seems unsatiable? Why could I not help but think of all these unelected health “experts” and officials who seem to be creating a new health fascism – all for our own good of course?

Let me finish with a few quotes I have been featuring quite a lot lately. The first is by C. S. Lewis:

Of all tyrannies, a tyranny sincerely exercised for the good of its victims may be the most oppressive. It would be better to live under robber barons than under omnipotent moral busybodies. The robber baron’s cruelty may sometimes sleep, his cupidity may at some point be satiated; but those who torment us for our own good will torment us without end for they do so with the approval of their own conscience.

F. A. Hayek rightly said this:

‘Emergencies’ have always been the pretext on which the safeguards of individual liberty have been eroded – and once they are suspended it is not difficult for anyone who has assumed such emergency powers to see to it that the emergency will persist. Indeed if all needs felt by important groups that can be satisfied only by the exercise of dictatorial powers constitute an emergency, every situation is an emergency situation. It has been contended with some plausibility that whoever has the power to proclaim an emergency and on this ground to suspend any part of the constitution is the true sovereign. This would seem to be true enough if any person or body were able to arrogate to itself such emergency powers by declaring a state of emergency.

George Orwell put it this way:

“We know that no one ever seizes power with the intention of relinquishing it. Power is not a means; it is an end.”

Or as Thomas Sowell wrote:

“In politics, the great non sequitur of our time is that (1) things are not right and that (2) the government should make them right.”

“A really efficient totalitarian state would be one in which the all-powerful executive of political bosses and their army of managers control a population of slaves who do not have to be coerced, because they love their servitude.”

Lastly, the words of Milton Friedman certainly need to be heard and heeded:

“Concentrated power is not rendered harmless by the good intentions of those who create it.”